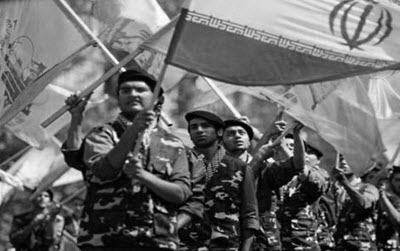 NCRI - Following the destruction of Iran’s missile production factory in Sudan by Israeli warplanes in 2012, Tehran went on to establish a new such factory in Lebanon.

A Revolutionary Guards commander has reportedly said Iran launched numerous arms factories in various parts of Lebanon and handed over control to Hezbollah three months ago, according to a report published Saturday in the al-Jarida daily.

These factories are able to build various types of missiles with ranges of over 500 kilometers. This includes surface-to-surface, surface-to-sea, and torpedoes designed to be launched from light and fast-attack boats. Armed drones, anti-tank missiles and fast armored boats are also built in these factories.

The weapons produced in these factories have been successfully tested in Syria, this IRGC commander added. These factories were handed over to Hezbollah experts through a step-by step process.

Anti-tank weapons built by these factories have been used time and again in Syria.

These sites, spread across the country in unknown locations, are located more than 50 meters below ground level and protected by numerous layers of armored cement to prevent Israeli fighter jets from destroying them, sources say.

Each factory produces a particular part of the missiles and weaponry, and they are assembled at yet another unknown site.

This IRGC commander has reportedly been educated at Tehran’s Imam Hossein University (affiliated to the IRGC). This facility is tasked to train hundreds of foreign, and especially Lebanese, elements and to this day hundreds of experts have received their education at this site.

Iranian Defense Minister Hossein Dehghan said last week the Lebanese Hezbollah is now able to build missiles with ranges covering all of Israel. Prior to this he had emphasized on the necessity to “wipe out Israel.”