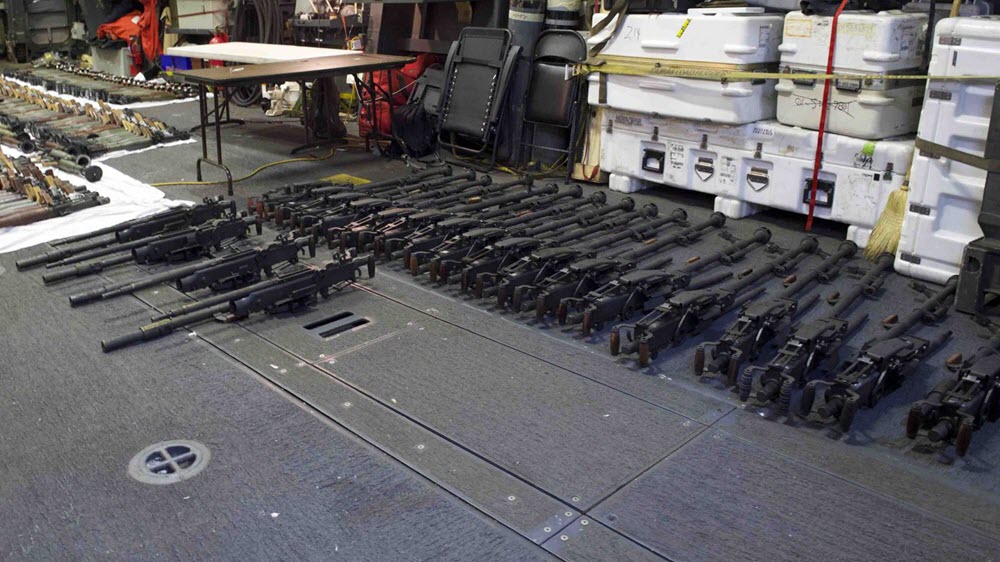 Vice Admiral Scott Stearney, the commander of US 5th Fleet, said that by providing Houthi militias with ballistic missiles and weapons, Iran continues to play a role in the conflict in Yemen. Stearney argued that Tehran’s support for the Houthis has enabled them to threaten the shipping and international trade route through the Bab al-Mandeb Strait.

During a teleconference from the 5th Fleet’s headquarters in Manama, Bahrain, the Vice Admiral responded to recent threats on global shipping in the Strait of Hormuz and Bab al-Mandeb.

The 5th Fleet is aware of the operations carried out by the Saudi-led Coalition to Support Legitimacy in Yemen, according to Stearney, who asserted that the US supports UN Resolution 2216, which bans weapons smuggling. “Iran continues to develop advanced ballistic missile capability and transfer them to the Houthis and Hezbollah, which will allow them to further destabilize the areas of the region that is in their malign interests,” he said, and accused Iran of supporting the militias that are preventing the distribution of humanitarian and medical aid in cholera-infected areas.

Stearney additionally added that Washington welcomed Saudi Arabia’s statement that exposed Iranian role in Yemen through the shipment of weapons to Houthis.

Stearney refused to discuss a theoretical scenario regarding the US Navy’s position if Iran closed Hormuz. Instead, he warned that the “US and our partners stand ready to ensure the freedom of navigation and free flow of commerce wherever international law allows,” asserting that Washington will “counter any threats to protect our interest and safeguard maritime trade.”

Aircraft carriers in the fleet recently launched brand new F-35 stealth fighters, and it is currently conducting four naval exercises focused on the three critical congestion points. “These combined exercises show that the US and its partners stand ready to defend the free flow of shipping,” said Stearney.

“We are here for the stability and the security of this region,” he concluded.

These maritime routes are critical to the flow of commerce worldwide, and appropriate measures will be taken to protect them by the US and its partners in the region.