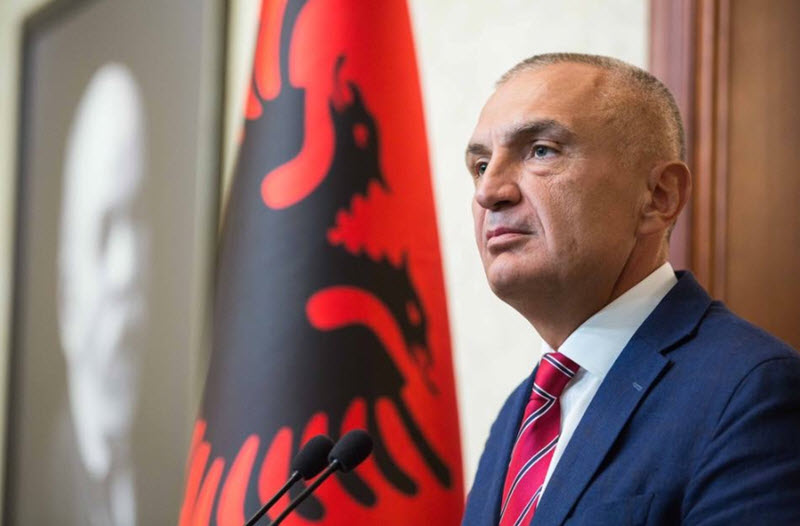 Albanian President Ilir Meta expressed his full support of a recent decision to expel the Iranian regime’s diplomat terrorists from this country. Meta on Saturday backed Albanian Foreign Ministry’s decision regarding the oustage of Tehran’s ambassador and a diplomat.

It is notable that On Wednesday, the Albanian Foreign Ministry said the reason behind this expulsion was the two individuals’ involvement in activities threatening the country’s security.

In an interview on the same day, Albanian Interior Minister Sandër Lleshaj made important remarks on the expulsion of the Iranian regime’s ambassador and head of Tehran’s Ministry of Intelligence and Security branch in Albania.

“The Iranian regime is recognized as the leading state sponsor of terrorism in the world,” he said.

“The People's Mojahedin Organization of Iran (PMOI/MEK) have been threatened in other countries. This is a method used by the Iranian regime’s security agents under the cover of diplomats. We don’t consider the PMOI/MEK as a threat to Albania’s security. This is the position of the Albanian government, police and security officials. Our viewpoint about the PMOI/MEK is without any bias or prejudice. They are friends that have been welcomed to reside in Albania and this has nothing to do with their political activities.”

Albanian Democratic Party leader Lulzim Basha, head of the opposition, also expressed his support for this decision to expel the Iranian regime’s diplomat terrorists, according to Albania Daily News. Basha supported the government’s decision and described the measures by these two individuals as dangerous for Albania’s national security.

“On behalf of the Democratic Party and the Albanian opposition, I express my support for the government’s decision to announce Iranian diplomats as unwanted elements and back measures to see to their expulsion. They carried out activities in violation of their ‘diplomatic status’ and endangered our national security. The Democratic Party considers governmental national security infrastructures, ongoing commitments and honest cooperation with our allies as the only solution to prevent and neutralize such measures on the soil of the Republic of Albania.”

Albania has expelled Iran’s ambassador and another diplomat for “damaging its national security”, the foreign ministry said on Wednesday, according to Reuters.

“Prime Minister Edi Rama of Albania just expelled the Iranian ambassador, signaling to Iran’s leaders that their support for terrorism will not be tolerated,” Bolton said in a Twitter post.

“We stand with PM Rama and the Albanian people as they stand up to Iran’s reckless behavior in Europe and across the globe,” he said.

Ever since Albania accepted PMOI/MEK members onto its soil, the Iranian regime has been involved in measures aimed at discrediting and demonizing this group, according to Reuters. Bolton and former New York Mayor Rudy Giuliani, now a lawyer of U.S. President Donald Trump, have visited the PMOI/MEK in Albania.