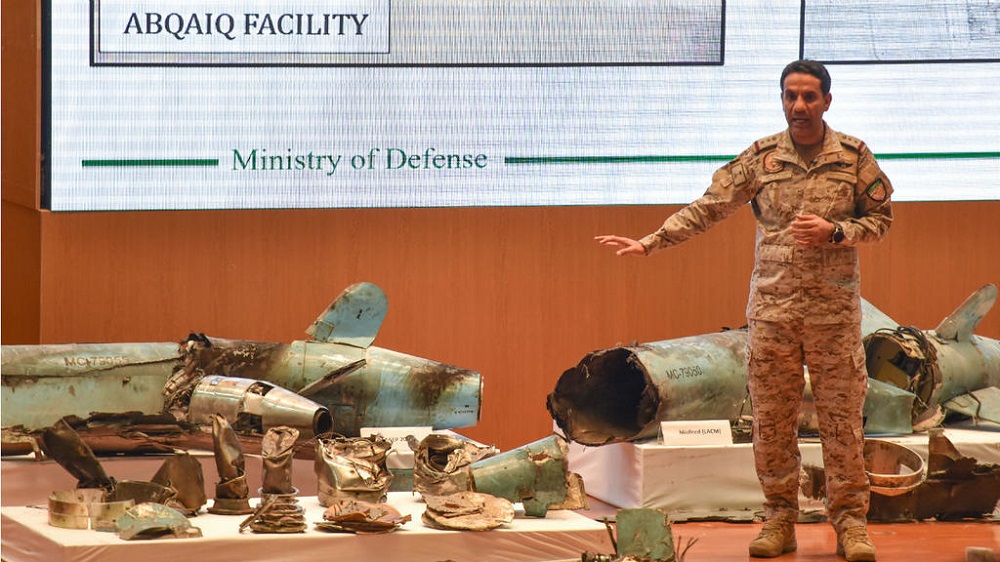 Written by Mahmoud Hakamian on 19 September 2019.

Last weekend's major attack on Saudi oil facilities was approved by the Iranian regime's Supreme Leader Ali Khamenei, but only on the condition that it be carried out in a way that made it possible to deny Iranian involvement, a U.S. official told CBS News.

Saudi Arabia on Wednesday displayed wreckage of the Iranian regime's cruise missiles and drones. The circuit boards can be reverse engineered to determine the exact route the weapons flew. But U.S. officials said the most damning evidence is still unreleased satellite photos showing the Iranian regime's Revolutionary Guards making preparations for the attack at Ahvaz Air Base in southwestern Iran.

From there, the weapons flew through Kuwaiti airspace some 400 miles to their targets in Saudi Arabia. The satellite photos were of no use in stopping the attack since their significance was not realized until after the fact. "We were caught completely off guard," one U.S. official said.

U.S. Secretary of State Mike Pompeo, who met with Saudi Arabia's crown prince, called it an "act of war."

“The attack was launched from the north and unquestionably sponsored by Iran,” he told a news conference. “The evidence ... that you have seen in front of you, makes this undeniable.”

The decisive solution to rid the Middle East of all its crises caused by the religious fascism in #Iran is the change of the illegitimate regime by the Iranian people and their organized Resistance. #IranRegimeChange #FreeIran https://t.co/aBFN3HndB6