Iran's Regime Is the World's Foremost Threat to Peace and Security 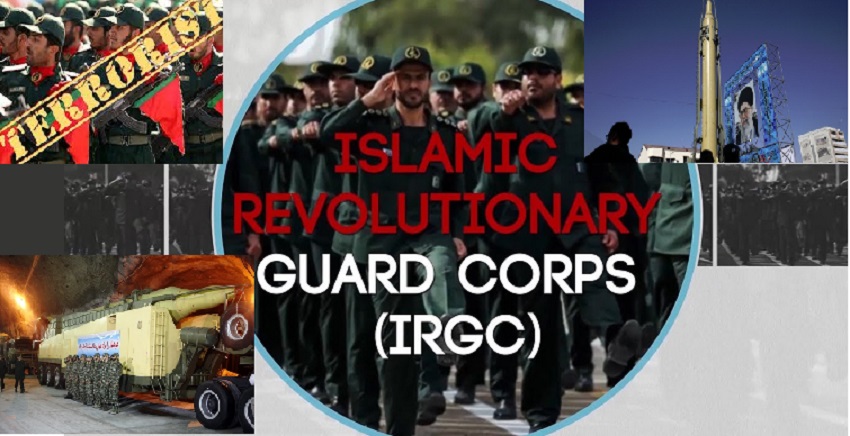 The question is: do the Iranian regime's terrorist acts stem from its power or its weakness?

A government that is popular and has domestic and international legitimacy does not need to use terrorism to advance its policies. It could instead use diplomacy, and its actions could help foster global peace and regional security.

The Iranian regime, meanwhile, is an oppressive regime and notorious human rights violator. The Iranian people have been the regime’s main victims over the past 40 years. The Iranian regime is institutionally corrupt. It imprisons and executes dissidents. It has carried out one of the worst crimes against humanity since World War II: the 1988 massacre of more than 30,000 political prisoners affiliated to the People's Mojahedin Organization of Iran (PMOI), or Mujahedin-e Khalq (MEK).

Many political activists and dissidents continue to languish in Iranian prisons.

Why Iran's regime poses a greater danger than terrorist groups

For several reasons, the Iranian regime is more dangerous for global security than terrorist groups.

First, terrorist groups do not have limitless recruiting grounds or financial resources, therefore after years of terrorist activities they would be limited by governments, their financial resources would be blocked, their communications would be cut and their forces would eventually disband. Al-Qaeda was a global threat, but it was vanquished after several years. ISIS even controlled a vast area in Iraq and Syria, but its caliphate was conquered, and it was considerably weakened.

But state terrorism is far more dangerous. The Iranian regime and its military commanders are recognized as a legitimate government by the United Nations. For this reason, until less than a decade ago, Iran’s Islamic Revolutionary Guards Corps (IRGC) Quds Force and its paramilitary, proxy groups’ meddling, operations and crimes against humanity, did not attract attention, because they were acting under a sovereign government’s laws. The Iranian regime has carried on, for four decades, unrestrained actions against international peace and turned the Middle East to an unsafe zone.

In addition, the Iranian regime’s dominance and control, through proxy groups, has increased.

The Iranian regime arms and funds a vast number of military and paramilitary groups and hundreds of thousands of agents using the Iranian people’s wealth and the country’s oil. The Iranian regime has misused the international community's negligence, breached its commitments under the terms of the 2015 nuclear deal with world powers, and used the money it gained from this agreement to produce ballistic missiles and weapons of mass destruction, distributing them among terrorist groups such as Hezbollah, Hamas, and Yemen's Houthis.

IRGC commanders have repeatedly said that their ballistic missiles are able to target any country in the Middle East. While the Iranian people suffer from economic crises, due to the regime’s mismanagement and institutionalized corruption, the IRGC continues producing and testing new ballistic missiles.

The Iranian regime, from military and financial aspects, is the biggest state-sponsor of terrorism. It supports hundreds of militia and terrorist groups around the world. The regime ignores other nations' efforts to eradicate terrorist groups; once the group is eradicated, Tehran creates another terrorist group to advance its policies.

Iran is the only country in the world that supports more than half of the world's terrorist groups. It bears responsibility for the bloodshed in many countries. Iran has spread its spies, lobby groups and agents across the globe. They operate under the supervision of the IRGC and the regime’s Ministry of Intelligence and Security (MOIS).

One recent example is the regime’s foiled terrorist plot against Iran’s main opposition group, the MEK in Albania, which resulted in the expulsion of the regime’s ambassador and his deputy. The regime also tried but failed, to bomb the 2018 annual “Free Iran” gathering of the National Council of Resistance of Iran (NCRI) in France.  Last year, U.S. federal agents arrested MOIS agents in the U.S. for gathering information to conduct terrorist operations against NCRI members in the U.S. Furthermore, Denmark arrested an Iranian terrorist operative for another terrorist plot in 2018.

The Iranian regime controls the wealth and resources of a great nation and uses it to grow its influence in the region. Iran has the second-largest gas reserve and fourth-largest oil reserve in the world, but the Iranian people live in poverty and the country’s economy has collapsed. Yet the regime constantly funds terrorist groups using these tremendous treasures of oil and gas and the money it gained from the nuclear deal.

The Iranian regime bullies all the countries in the Persian Gulf. A recent example was the regime’s attack on Aramco Saudi Arabia’s oil installations on September 14.

Hajizadeh had played a vital role in the Sept14, 2019 drone &cruise-missile attack against #SaudiArabia’s ARAMCO facilities deep inside Saudi territory, according to information revealed on September 30 by the #NCRI’s US office in Washington DC https://t.co/aei5SfZ7NC #FreeIran pic.twitter.com/qIw4QsWk8k

In addition to its terrorist operations, the Iranian regime is a major cyber threat. The regime has conducted various cyber-attacks against universities, military, and non-military institutions in the U.S. and other countries.

It is high time the international community recognizes Iran's regime as the global pariah it truly is and as such cuts all diplomatic and economic ties with the world's greatest state sponsor of terrorism.

To make up for decades of its failed policy of appeasement toward the mullahs, at the detriment of the Iranian people, and to ensure peace and stability in the region, the West should now recognize the right of Iranian people to overthrow their tyrannical dictators. Western governments should show moral and political support for Iran's democratic opposition movement, the MEK and the NCRI, which represent a viable alternative to the regime.