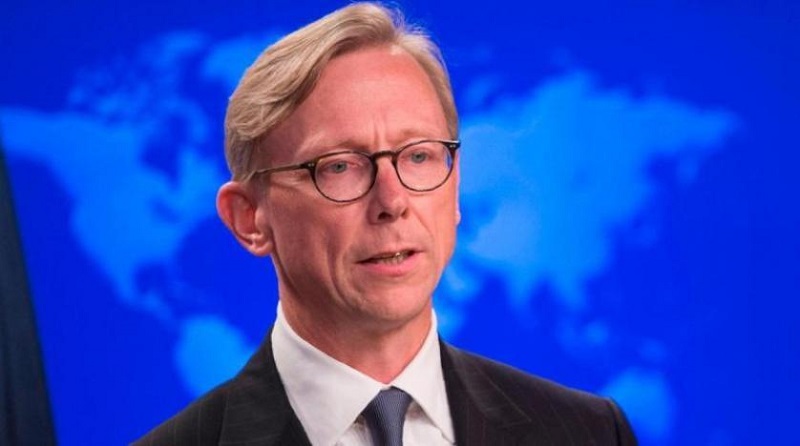 Written by Mansoureh Galestan on 23 October 2019.

Brian Hook, the United States Special Representative for Iran, said in a message that “We call on the U.N. Security Council to renew the arms embargo on Iran and to renew the travel ban on Qasem Soleimani and 22 other terrorists.

It is time for the world to restore deterrence and to do everything possible to promote a more peaceful and stable Middle East.”

“Something else will also happen on October 18th of next year: the travel ban on 23 Iranian terrorists will expire. This includes the notorious terrorist, Qasem Soleimani,” added Hook.

“The Iranian regime has a 40-years history of conducting terrorist attacks across 5 continents. These attacks are conducted directly by the IRGC and its Quds Force or indirectly through its proxies, including; Hezbollah, Hamas, Palestine Islamic Jihad, the Houthis and other Shiite fighters,” highlighted the Special Representative for Iran.

Brian Hook also emphasized that the regime should not be allowed to buy drones, missiles, tanks, and jets, to carry out its terrorist’s plans.

On the other hand, Bahrain’s Foreign Minister, regarding the mullahs' regime terrorist activities in this country, announced that the Bahraini officials seized a huge number of weapons and ammunition.

According to Asharq Al-Awsat Bahrain Foreign Minister, Khaled ibn Ahmad Al Khalifa said, “The quantity of arms that Bahrain confiscated was sufficient to destroy half of Manama, Bahrain’s capital.”

In this regard, during the U.N. Security Council’s session on Yemen, the representative of Yemen accused the Iranian regime and the Houthi militias of being the factor of instability in Yemen.

He added: “We agreed to all the peace efforts made by the United Nations and the Arab states, but the Houthi militias opposed it. These militias thrive in war conditions and instability and they are following the same approach as the Iranian regime. The Iranian regime supports them and is their main sponsor to destabilize Yemen and the region.”

“We highlight the importance of implementing the Stockholm Agreement. This agreement is a very positive step towards a comprehensive and lasting peace and ends the suffering of the Yemeni people,” added the representative of Yemen.

British Parliamentary Committee for Iran Freedom on a conference in the U.K Parliament on October 17,while condemning the inhuman and suppressive crimes of the Iranian regime, urged the UK Government to adopt a firm policy and to take serious action ,at international level, to hold Iran’s regime accountable for crimes against humanity in 1988, as well as its perpetrators such as Ibrahim Raisi and Alireza Avaii who are at top government officials.