The Chairman of the Gulf Research Center: America’s Appeasement Policy Ends in Yemen 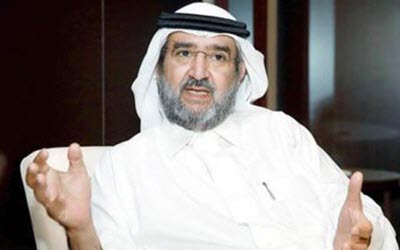 NCRI – Having established an intimate relationship with Iran, Obama did not accompany the Arab states in the Yemen war and he always ignored the danger caused by Houthi militias. Nevertheless, Trump’s policy is contrary to Obama’s.

The Chairman of the Gulf Research Center, Dr. Abdulaziz Bin Saqr had an interview with Al-Jazeera TV on Tuesday, April 5th. In response to the question about the U.S.’s stance towards Yemen, he stated: “Donald Trump stressed on two issues in his campaign. The first issue was regarding the significance and danger of Iran’s ballistic missiles.

In Obama era, the U.S. government was appeasing Iranian regime and had no real commitments to the Arab Gulf countries. At the beginning of the ‘Decisive Storm Operations’ by the Saudi lead coalition, they promoted cooperation to some extent. Iran Nuclear Deal signed between P5+1 and the Iranian regime decreased the level of cooperation. However, the U.S. came to conclusion that the objectives of the Decisive Storm Operation were totally clear. The first priority was to restore the legitimate government in Yemen and then to avoid the domination of an illegal armed group.”

Al-Jazeera TV: “was the Decisive Storm Operation carried out in Yemen to restore the legitimate government in this country or did it begin to remove the influence of the dangerous Iran regime in the Gulf States?”

Dr. Abdulaziz Bin Saqr:” concerning Yemen, Abed Rabbo Mansur Hadi was the person who asked for help. He urged the leaders of the Gulf States and Saudi Arabia to intervene and Saudi Arabia initially formed an alliance with the Gulf States and therefore, an Arabic and Islamic coalition was established in order to restore the legitimate government in Yemen. The strategic objective was to deal with the Iranian regime. When an armed group seizes the power, it demolishes the legitimate government and it will be supported later by the Iran regime. This situation would be totally dangerous for us.”

Previous articleIran: After 50 Years of Working, Dozens of Factories Were Shut Down!
Next articleIran: Political Prisoners Condemned the Chemical Attack in Syria