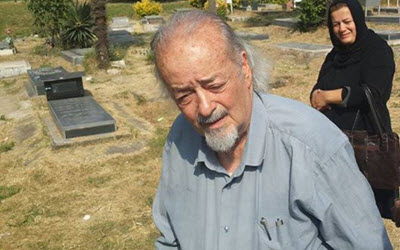 NCRI – The first president of Tehran University after Iran’s revolution, Dr. Mohammad Maleki in an interview strongly condemned the crimes of the Iranian and Russian regimes in Aleppo and said: “Russia and Quds forces perpetrate massacres of the innocent Syrians and they proudly utter that they have snatched victory. They celebrate and distribute sweets in the streets. Qasem Soleimani also goes to Aleppo to walk by the corpses and burned ruins of the city. On the other hand, he criticizes the international community for falling silent against such crimes in Aleppo. He states:”it is so disheartening that the world lacks morality, decency, and humanity. Every day we see the images of children who were killed in Aleppo whereas the forces claim that they are fighting against terrorists.”

Dr. Maleki also addressed the Iranian regime as an existence that claims Islamism and he stated:”all these crimes are committed in the name of religion. You have completely spoiled religion. You wanted to develop Islam while you have already ruined Islam in your own country.”

Dr. Mohammad Maleki also referred to Ahmad Montazeri who was sentenced to 21 months of imprisonment and said:”they have given him such sentence to scare him and this government is like a person who is drowning and struggling to survive. I believe this regime has reached a deadlock.”

He also referred to the campaign of “Either Death or Freedom” in which the students of Mohammad Ali Taheri with more than 40 other people voluntarily went to Evin Prison. He praised their deeds and encouraged other groups such as workers, teachers, students and retirees to join the movement and develop its trends.

At the end, he added:”when different groups unite with each other, they can, therefore, stage unanimous and peaceful rallies. The people will also join them and this is the only way to save the country. The people will protest against the domineering regime and the regime cannot commit any crimes like before in the 80s.The media will be everywhere and the government is not allowed to commit any crime.”