The Flame of Resistance Burns Bright in Iran 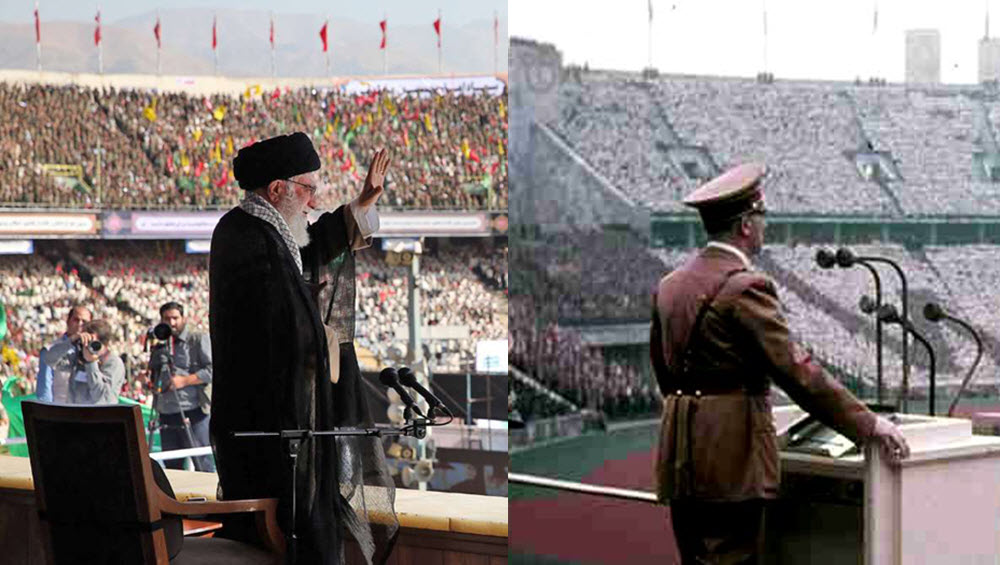 Iran’s Supreme Leader Ali Khamenei delivered a speech on October 4th at Tehran’s Azadi Stadium, in which he spoke of his concerns over the country’s continued protests, as well at international sanctions.

Regarding the demographic make-up of the protests, he described Iranian youth as “deviated” and “a problem for the society.” The youth of the nation desires an end to corruption, the continuing arrests, torture, and executions, and the plundering of Iran’s economy and resources. Young people have been organized into “Resistance Units” and play a defining role in the uprising against the regime.

Khamenei said, “The true problem is that the country’s youth believe there are no solutions.” The ruling elite believe that Iran’s young people are rebellious in nature and fear their pursuit of liberation from dictatorship, as they increasingly join the Resistance movement.

The regime’s campaign to demonize the opposition —the People’s Mojahedin Organization of Iran (PMOI/MEK) under the leadership of Massoud Rajavi and NCRI President Maryam Rajavi — has failed. Iran’s youth know that the Resistance is part of Iran’s social fabric and a movement seeking justice for over 30,000 political prisoners massacred during the summer of 1988.

Khamenei’s speech lauded the power of his regime, and claimed it continues to enjoy popular support. He called Iran’s youth the “driving force” of his regime. Khamenei failed to mention that over the past four decades his regime executed tens of thousands of youths.

However, he acknowledged that he is facing a dilemma of defections among his regime’s supporters, and stated that the regime’s enemy is not the U.S., but the PMOI/MEK, who are active and present “among us” inside Iran.

Khamenei admitted that his regime’s survival faces “a treacherous road” full of “obstacles”, and is in need of a major “intellectual and practical overhaul.” He described senior regime officials as “tired, out of steam and lacking any spirit.”

Khamenei added, “We have economic problems. We have an economy relying on oil, which itself is a major problem. We also lack a culture of cutting back on consumption.” Clearly, facing the crippling sanctions scheduled for early November, are a major concern for Iran’s Supreme Leader.

Poverty and poor living conditions were also topics for discussion, but not his own enormous assets, or those of senior Iranian regime officials.

Regarding the media, he said, “Our dissidents are using the media to influence public opinion. The media is an important tool and if the enemy gets a hold of it, it is a dangerous tool.” The regime has thousands of state-controlled media outlets versus just a few belonging to the opposition. This is an indication of the ways in which a small number of media outlets are able to neutralize the regime’s media machine, and are now becoming the voice of the Iranian people, encouraging the world to support the Iranian people and their organized resistance.

Despite the struggle between the regime and the Resistance movement, strong links have been established with the people of Iran through “networks of social media and other outlets.” This will likely result in the people of Iran joining the PMOI/MEK Resistance Units in an imminent confrontation against the dictatorship.

There is no cure for the crises, ordinary Iranians continue to protest. Khamenei has already threatened the Iranian people with further crackdowns. He may soon claim that he has no choice but to order “fire at will” to his forces in the Revolutionary Guards and Basij.