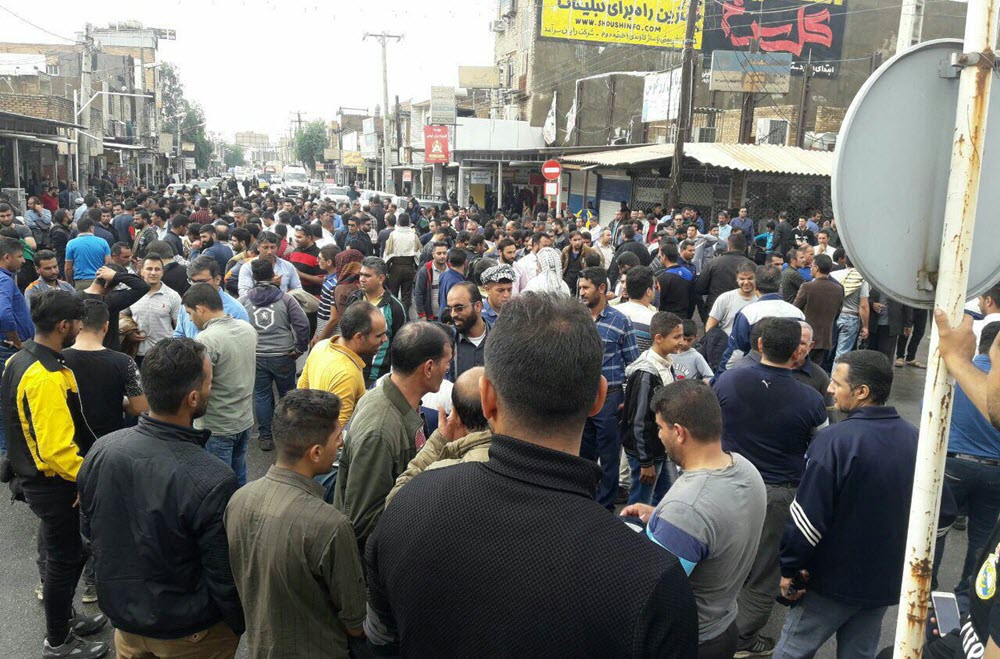 In Iran’s current circumstances, workers must fight along others for their rights, as they are doing now; otherwise they’ll get destroyed by regime’s oppression. but what these workers need now is more strength and better organisation. They must keep in mind that they’re facing an enemy that doesn’t hesitate to use all means, including some of the most advanced techniques and equipment, to survive; an enemy that is increasingly adding to its military forces and continues to oppress every opposing voice. All must come together and unite against the regime.

Truth is, the systematic organisation of ‘workers’ movements’ is very easy to do. Especially given certain places like the internal spaces of factories in which they work.

This Sugar Mill is named “Haft Tappeh” because it’s located in the vicinity of Haft Tappeh (an archaeological site near Shush; accessible via the Ahvaz-Shush road), which is made of big lands that are commonly used for cultivation of sugar canes or other industrial means.

Haft Tappeh’s Sugar Mill was founded in 1961 and now covers more than 5000 workers (most of whom are continuing generations). The lives of these workers clearly depend on the preservation of the area’s sugar canes, as well as the company itself.
When these workers don’t get paid, or at least not on time, the economy of Shush gets impacted too.

The first time this company experienced issues was when certain government officials (along with their relatives) took over a part of it, under the label of “private sector” and plundered from the income that belonged to the workers who had been there for more than 57 years. Their plunders continued to the extent that these workers can no longer afford their food, as can be seen from their children holding “we’re hungry, hungry!” signs on the ways to their schools.

The strike of Haft Tappeh’s workers happened at around the same time the Steel Workers of Ahvaz rose in November; both of which have been recorded as part of Iran’s revolutionary history, also leading to very significant achievements today.

These movements have forced the regime to not only retreat, but also free arrested workers as well as pay off a minimum of one-month income to many workers.

The rise of these workers has led to other achievements too, which have been more significant than initially expected:

– National unity against the regime

– Expression of workers’ demands at the centre of this unity

– Trigger of other movements alike across the country

– Rejecting the privatisation of industries and thereby, halting the damage (from mullahs) to public services

The rise of Haft Tappeh’s workers triggered many other classes of society, including the higher-income ones, to join in for support. In a democratic revolution, this kind of unity is like an imminent success, especially when coupled with protestors from other sides of the globe.

The workers of Haft Tappeh brought to surface many hidden issues, such as the mentioned privatisations, and the consequent oppression of government on their lives.

Now, university students and even hospital employees are also joining Haft Tappeh’s workers to stand against privatisation of public institutes, and to call for “free health and education”; a movement that is expected to get bigger and bigger in time, and to potentially take a political turn like was the case with earlier protests last year and early this year.

Previous articleIran: What Is the “Life Support Package” and Who Is It Designed For?
Next articleIran: Farmers’ protest enters its third month