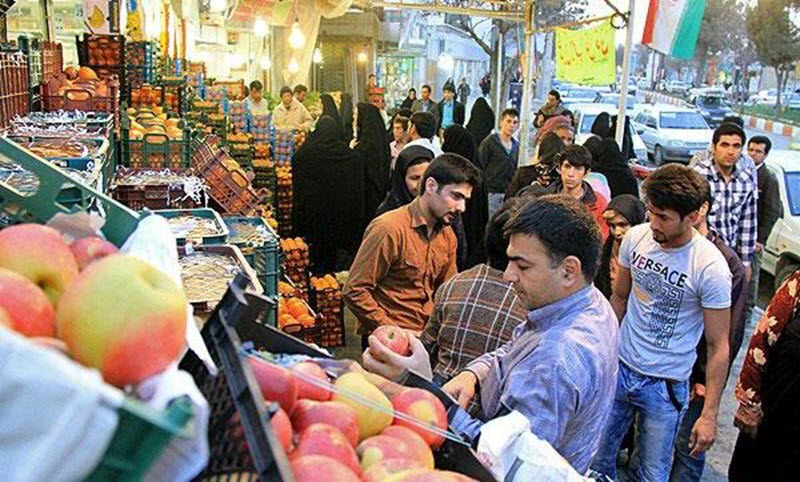 Considering the ongoing increase of dollar value and product costs, people’s purchasing power is expected to keep going down, especially given the disproportion of their incomes with these increases.

The continuous price increase of food products is beyond belief; so much so that the income of a regular worker is far from enough to maintain their livelihood.

The regime’s Minister of Labour and Social Welfare, Ali Rabiyee, who himself is partly responsible for this mess, admitted last year that the purchasing power of retirees has depleted by 67% (Mehr News, 23 August 2017).

The bitter truth is that the lower the purchasing power of Iranians gets, the higher does their selling power; desperate to meet their basic needs, they’re increasingly seen selling organs including their livers and retinas.

On 27 June 2017, the state-run website known as Chandsanieh, published an article titled “The Purchasing Power of Workers Has Halved”, in which it wrote: “Mohammad-Reza Tajik, a representative from the Workers Union, acknowledges the inflations from earlier this year, as well as their huge impact on our workers; it also reminds us of the short-lived income increase that was witnessed months ago, the remaining gap ever since, and the consequent lowered purchasing power of people”.

Another state-run news (ILNA, 22 June 2019) wrote: “According to the First Vice President of Iran’s Chamber of Commerce, Pedram Soltani, more than 150 thousand billion Toman of Iran’s economy is circulated as underground money laundering and out of public’s sight”.

An example of government’s skyrocketing increase of plunder is the withdrawal of 30 billion dollar from Iran by its affiliating organisations, in last year alone (ISNA, 13 June 2018); which was revealed by the Head of the parliament’s economy sector, Mohammad-Reza Pour-Ebrahimi, back in March (ISNA 17 April 2018): “According to Pour-Ebrahimi, a big part of this currency flee happens under the name of product import, but no product are actually imported at all. When asked about the gangs behind this lie, Pour-Ebrahimi describes some as private but most as affiliated with public sectors”.

Interestingly, all this is happening whilst the Central Bank runs people around for a small travel or treatment fund.

In addition to the currency flee from Iran, the increase of dollar rate is another issue of the past 8 months; which has led to the reduction of national currency value and subsequently, the purchasing power of people, by 80%.

Vahid Shaghaghi, who is an economy lecturer from Kharazmi University as described by state-run media, comments in this regard: “Even though the 80% reduction in national currency value is yet to exert its full impact on our economy, the inflation is certainly predicted to go over 30% by the end of the year”.

Some French news reports also bring to light the lowered purchasing power in Iran, by including a statement from a fellow citizen: “The inflation rate in Iran is officially 9% as of now. However, this does not align with the reality of people’s lives; for instance, the price of rice has increased by a significant 60% just in the past months”.

Previous articleIran: Widespread Demonstrations and Protests in Tehran and Other Cities
Next articleReplacing the Clerical Regime in Iran Will Have Positive Effects Across the Region