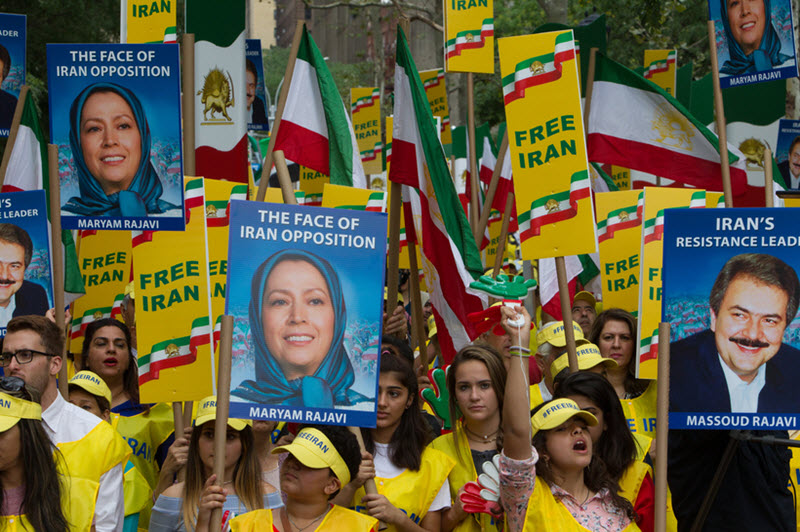 The British newspaper The Guardian published a lengthy, 3-page article targeting Iran’s democratic opposition, the People’s Mojahedin of Iran (PMOI or MEK). Author Arron Merat, an Iranian-British citizen and well-known apologist of the Islamic Republic, has worked extensively to attack the opposition, and penned numerous articles encouraging tourism in Iran as “a must visit destination.”

The Guardian piece is a collection of baseless allegations, invented and disseminated by Iran’s Ministry of Intelligence, and lacks the minimum standards of a fair, objective article. It is but another attempt to demonise the only organized and serious opposition to the mullahs.

The PMOI was formed 54 years ago by three young students who were unhappy about the repression and corruption of the Shah’s dictatorship. During the 1979 anti-monarchy revolution, later hijacked by Ayatollah Khomeini and the Islamists, the PMOI’s surviving members, numbering less than 100, were released from prison and under the leadership of Masoud Rajavi, soon became the largest political party in Iranian history. They boycotted the referendum for the Constitution, as it included a clause giving absolute power to Supreme Leader Khomeini. This was enough to warrant a bloody massacre by the mullahs.

The PMOI has managed to rebuild itself. When the recent nationwide protests began in December 2017, the current Supreme Leader acknowledged the leading role of the PMOI and its “resistance units” in the protests, which spread to all 31 provinces.

You can find many Iranian “opposition” groups in Europe and the US, but there is only one organized opposition inside and outside Iran, the PMOI, and it is the PMOI whom the mullahs fear. Tehran spends millions on a massive smear campaign throughout the western world, disseminating articles like the one appearing in The Guardian. The annual gatherings of the political coalition, National Council of Resistance of Iran (NCRI), of which the PMOI is a member, attract 100,000 supporters who gather from all over the world in Paris.

According to European and American intelligence services, the PMOI is the also the primary target of spying by the Iranian regime. A recent terror plot to bomb the Paris gathering on 30 June 2018 was foiled, and an Iranian diplomat controlling two Iranian-Belgian agents armed with 500g of explosives were arrested. They will face trial in Belgium soon.

The political platform of the NCRI, the only real alternative to the regime, promotes a secular, democratic Iran, with a focus on women’s rights, and has been endorsed by thousands of parliamentarians in the West.

When the Guardian prints such a biased piece against this opposition movement, it only discredits itself, disappointing readers like me who regarded The Guardian as a progressive, serious paper, never imagining it would sink so low as to print lip-service to such disgusting lies and allegations.

The theocratic state of the ayatollahs will not be saved by these futile attempts. A nationwide uprising of protests and strikes is continuing, and the resistance units of the PMOI are spreading despite the repression and many arrests. The economy is collapsing. Iran’s people are ready for change and will no longer buy into the so-called reformist/hard line factional game. Remember that under the “moderate” President Rouhani, Iran holds the world record for executions. The mullahs will be gone, hopefully sooner rather than later, which is why the West should side with the democratic opposition in Iran to lessen the suffering of the people..

On July 17, tens of thousands of Iranian join and international conference held by the Iranian Resistance movement, the MEK and NCRI. The Free...
Read more
News: Iran Resistance

Rama Yade: In Defending Human Rights and Free Choice, We Must All Stand Together

Rama Yade, former French Secretary of Human Rights, in an article on July 8 for TownHall.com, reiterated her support for the Iranian people and...
Read more
News: Iran Resistance

Reports and footages from Iran indicate the activities by the People’s Mojahedin Organization of Iran (PMOI/MEK) “Resistance Units” is expending daily across Iran. From...
Read more
Search