The Need for Regime Change in Iran by the Iranian People 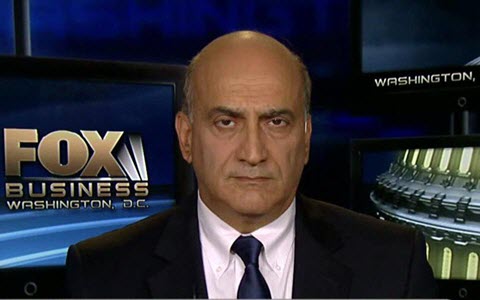 NCRI – Last week Donald Trump decertify Iranian compliance with the 2015 nuclear deal and asked Congress to decide if economic sanctions should be re-imposed as a result and indicated that the Revolutionary Guards (IRGC) should be considered for terror designation.

However, there are still more decisions to be made with regards to the US policy on Iran and one of them should definitely be supporting the Iranian people in their struggle against the oppressive regime that controls their country.

Trump has, at least twice, publically declared the Iranian Regime to be the enemy of its own people, so it makes perfect sense for him to support peaceful regime change that is led b the people of Iran.

In his UN speech, he said: “The day will come when the people will face a choice: Will they continue down the path of poverty, bloodshed and terror, or will the Iranian people return to the nation’s proud roots as a centre of civilization, culture and wealth, where their people can be happy and prosperous once again?”

Maryam Rajavi, president of the National Council of Resistance of Iran, even described Trump as the first American president to “underscore the need for regime change in Iran by the Iranian people”.

While all available evidence points to a US policy that will be tough on Iran (the decertification, Trump’s UN speech) and there is some that even indicates support for the popular people’s resistance (Tillerson’s speech to the Foreign Affairs Committee, Trump’s speech to the Gulf Cooperation Council), it would be nice to have confirmation.

Even with these comments of support for the Iranian Resistance, it is still unclear how the US will handle this. This is about more than the nuclear deal, it’s about correcting the mistakes of US policy on Iran since 1979.

What we need is more concrete support, like pushing for an international inquiry into the crimes of the Regime against the Resistance. In 1988, roughly 30,000 political prisoners (mainly members of the Iranian Resistance) were executed on the orders of Supreme Leader Ruhollah Khomeini. This massacre is largely recognised by human rights organisations as a crime against humanity but is largely ignored by the international community.

Dr Walid Phares, who served as Trump’s foreign policy adviser during the presidential campaign, wrote on Fox News: “Trump has already proven himself willing to break the silence on the topic of regime change in Iran. It is not much of a stretch to ask him to also break the silence on some of the most blatant human rights violations in modern history. There is no more essential means of showing solidarity with the Iranian people than to join their call for justice on this issue, while also pushing for recognition of such crimes as representing the nature of the Iranian regime.”

He continued: “There is considerable reason for optimism about the Trump administration’s intentions, but until the veil is lifted on its policy review of our relationship with Iran, it remains important for concerned citizens and policy advocates throughout the world to keep up the pressure on the U.S. and its allies to make the necessarily broad and dramatic changes.”

Previous articleItalian Parliament’s Call, for Establishment of an Independent International Committee to Investigate the 1988 Massacre in Iran
Next articleThe Bipartisan Call by Members of U.S. Congress for Freedom in Iran