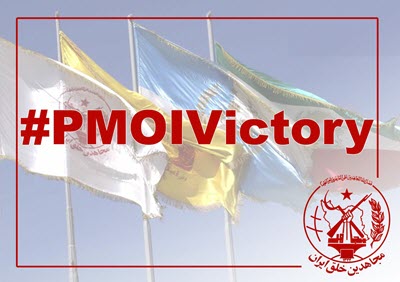 Today, 9 September 2016 Gérard Deprez, MEP President of Friends of a Free Iran in European Parliament (FOFI) issued a statement concerning the successful completion of the resettlement of Camp Liberty residents from Iraq to Europe following is the full text.

We have just been informed that the last group of Camp Liberty residents – members of the Iranian opposition People’s Mojahedin Organization of Iran (PMOI) – have now left Iraq and arrived safely to Albania.

This is indeed an excellent news as in the past 13 years, the issue of Iranian opposition members in Iraq who were in Ashraf camp and then moved to camp Liberty near Baghdad airport, has been the subject of numerous resolutions and written declarations in the European Parliament. Many MEPs from different political groups have been very much concerned over the plight of these Iranian dissidents.

The Iranian regime was eager to kill and annihilate every one of them to the last man and woman. Only last week the Iranian judiciary called on the Iraqi militias to “kill at least even one of them if you can.”

These Iranian refugees were not only under constant terrorist threats by Iran but were brutally repressed by the Iraqi government, especially during Nouri Al-Maliki. On orders from Tehran, Maliki sealed off camp Ashraf, prohibiting visits from family members, lawyers, NGOs or politicians. He then supervised a series of orchestrated attacks on the defenceless civilian residents that killed and wounded many. A constant siege of the camp with a blockade on medicines and vital medical aid led also to many deaths.

Even after the residents were transferred to Liberty, they were attacked by rockets and missiles by Iranian regime and their militias in Iraq.

Now after years of resistance and perseverance, with the safe and sound departure of the last group of the PMOI members, we wish to congratulate the Iranian opposition leader Mrs Maryam Rajavi and all members and supporters of the Iranian resistance. We sincerely hope that this will be a great step forward for the democratic change in Iran.

Previous articlePMOI spokesperson reacts to news that final group of Camp Liberty residents left Iraq
Next articleThe PMOI/MEK is a natural ally of those seeking civic freedom, human rights and democracy in Iran