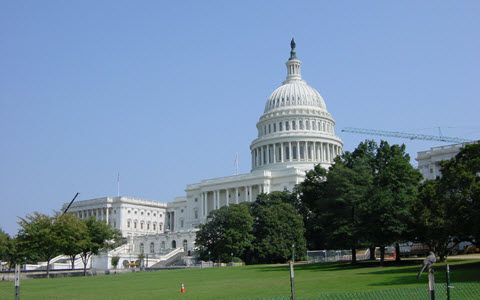 NCRI – The Washington Times has reported the official record of the U.S. Resolution 188 entitled “The condemnation of the Iranian government for the massacre of political prisoners in 1988 and the invitation to call for justice for the victims”. The representatives of the two parties, Republicans and Democrats, including the chairs and ranking members of committees on foreign affairs, National Security and Legislation, and 46 legislators supported the resolution.

The Chair of the House Homeland Security Committee from the Republican Party, Michael McCaul and the ranking member from the Democratic Party in the House Foreign Affairs Committee, Eliot Engel issued a press release to inform about the release of the Resolution 188.

The Washington Times wrote that 46 U.S. legislators from both parties intend to send an invitation to the U.S. government and its allies in order to condemn the massacre of 1988 publicly.
Additionally, they are going to call on the UN in order to set an investigation committee to bring the perpetrators of such brutal crime to trial.

The Resolution 188 stipulates that the current Head of the Judiciary and Mostafa Pourmohammadi are among the perpetrators of the massacre. According to Amnesty International, most of the victims were the key members of the People’s Mujahedin of Iran (PMOI/MEK).

In 1988, the Islamic Republic of Iran was engaged in the brutal mass executions of thousands of political prisoners in a 4-month course of time. The former Supreme Leader of Iran, Khomeini ordered the Fatwa to slaughter the members of PMOI/MEK. Those responsible for such mass murder are now holding office in the Iran regime.

In an audio tape recently leaked, the Successor to Khomeini, Ayatollah Hossein Ali Montazeri referred to the efforts of the Iran regime to target the PMOI/MEK. He also claimed that the massacre of 1988 “is the greatest crime that the Islamic Republic of Iran has committed and the history will condemn us.”

Previous articleMore Than 90% of Iran’s Metal Ore Mines Are Shut Down
Next articleIran: Protests Staged Across the Country by Workers and Investors