The U.S. Warns Iran Against Attacks on Americans in Iraq 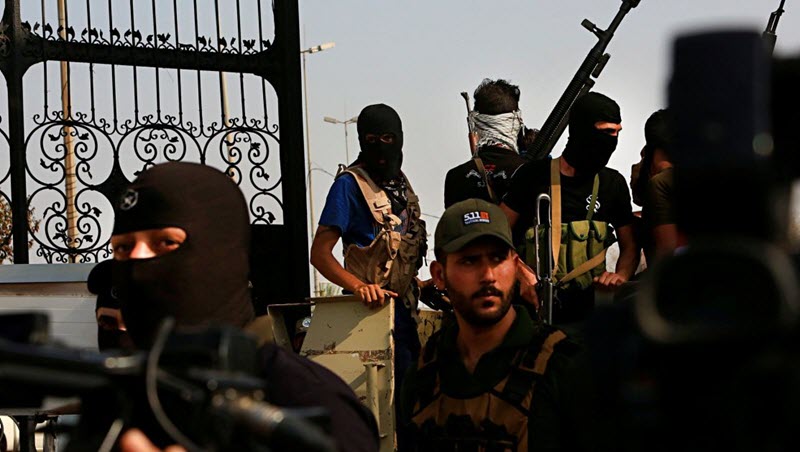 The US has warned Iran in no uncertain terms that the Regime and its allies should not attempt to attack Americans in Iraq or the Middle East in general.

On Tuesday, September 11, White House press secretary Sarah Huckabee Sanders issued a statement that promised that the US would “respond swiftly and decisively” to the death or injury of any American in Iraq as the result of actions taken by Iran or its allies, following recent attacks on US diplomatic compounds.

The White House read: “The United States will hold the regime in Tehran accountable for any attack that results in injury to our personnel or damage to United States Government facilities. America will respond swiftly and decisively in defence of American lives.”

It is important to note that this is the only way to deal with the Iranian Regime. They have never once conformed to worldwide standards of diplomacy and decency through the failed appeasement policy of the West.

If the US and the rest of the world do not get tough on Iran, they will only see an increase in the terrorism and extremism of the mullahs being exported around the world.

In just the last week alone, there have been attacks on both the US Embassy in the Iraqi capital Baghdad and US Consulate in the southern city of Basra, both of which are linked to Iranian allied groups, according to the White House.

The White House statement read: “Iran did not act to stop these attacks by its proxies in Iraq, which it has supported with funding, training and weapons.”

The US embassy is located inside Baghdad’s highly secure Green Zone and the attack on Friday is the first one inside the zone in several years. Thankfully, no casualties have been reported after three mortar shells landed near the embassy.

On Saturday, rockets were fired at the US Consulate in Basra, but this did not damage the compound or cause any injuries.

The Basra attacked followed days of unrest in the city, where protesters, angry at Iranian interference, a weak Iraqi government, and increasingly limited government services, set fire to several government buildings and the Iranian consulate, while chanting “Iran, out!”. The protest began after roughly 30,000 people became ill in the city after drinking polluted water, because a drought in Iraq and water theft by the Iranian Regime left them with no other choice.

The Iranian Regime relocated its consulate within the city following the attack, but this will not placate the people of Iraq.