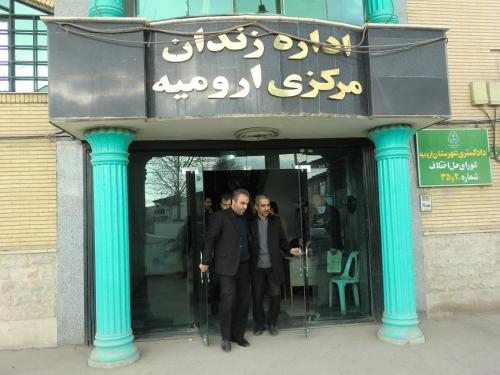 Iran’s threat to expedite the execution of ten men in retaliation for going on hunger strike has been condemned as ‘deplorable’ by Amnesty International.

One of the condemned was named as Saman Naseem, a Kurd who was a minor when he was arrested for talking part in a gun battle during which a member of the Iran’s Revolutionary Guards were killed.

The ten are among 24 prisoners from Iran’s Kurdish minority who have been on hunger strike since November 20, 2014, in protest at the conditions of Ward 12 of Oroumieh Central Prison, West Azerbaijan Province, where political prisoners are held.

Hassiba Hadj Sahraoui, Amnesty’s Deputy Director for the Middle East and North Africa, said: “It is truly deplorable that the Iranian authorities are playing games with the lives of these men in such a manner. Resorting to death threats and other punitive measures to quell prisoners’ hunger strikes only serves to underscore how rotten Iran’s criminal justice system is.

“Saman Naseem was a child at the time of his alleged offence. He says he has been tortured in detention and forced to ‘confess’. Now, the authorities are effectively blackmailing him with the prospect of death. Executing him would be a flagrant violation of international law. His sentence must be commuted immediately.”
Amnesty is calling for Mr Naseem’s case to be re-examined fairly without recourse to the death penalty or relying on torture-tainted evidence.

In addition to execution threats, the prison authorities have also reportedly subjected those on hunger strike to beatings and torture and threatened them with transfer to remote prisons in the south of the country.

The prisoners have vowed to continue their hunger strike until the authorities put an end to the abuse of prisoners.

Ms Sahraoui added: “The death penalty is a cruel and inhuman punishment under any circumstances. Instead of dealing out threats of execution against these prisoners the authorities must commute their death sentences and ensure they are treated humanely.”