Time for US to Blacklist Iran Regime’s Intelligence Ministry 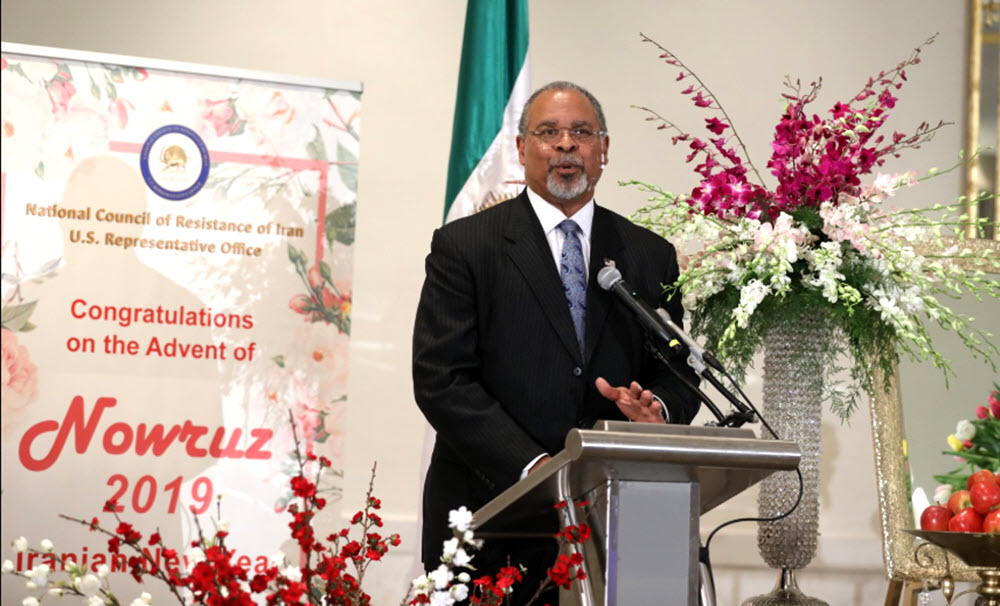 Kenneth Blackwell, former US Ambassador to the UN Human Rights Commission, penned an op-ed for Townhall on Monday urging the United States to blacklist the Iranian regime’s Ministry of Intelligence and Security.

The following is the text of Amb. Blackwell’s opinion piece:

America’s policy on Iran has been trending in the right direction since the day President Trump took office. Perhaps one criticism could be the slow pace of its progress. It took until May of last year for the administration to follow through on its long-standing promise to withdraw from a nuclear deal that gave massive sanction relief to the regime in exchange for modest restraints on its nuclear activities. And once the withdrawal was announced, it took a further 180 days for sanctions to be removed, and a full year before waivers ceased to be granted to major importers of Iranian oil.

The administration’s strategy for dealing with Iran and facilitating comprehensive change in its behavior has moved from merely “assertive” to “unprecedented.” Perhaps the greatest example of that shift came about two weeks before the announcement of an end to all sanctions waivers. Early in April, the White House declared that it would be designating the Islamic Revolutionary Guard Corps (IRGC) as a Foreign Terrorist Organization (FTO).

The decision had long been debated in Western policy circles, but previous American administrations and some early members of the current administration were wary of the political costs of applying terrorist designation to an official branch of a foreign government. Various individuals and entities affiliated with the IRGC had previously come under sanctions, but the refusal to designate the IRGC as a whole produced a serious blind spot in US sanction law. The IRGC controls the majority of Iran’s gross domestic product, both directly and through a series of front companies, and is instrumental in circumventing sanctions.

The rise of the IRGC’s financial empire has been carefully tracked by Iran’s leading opposition, the Mujahedin-e Khalq (MEK), which enjoys a considerable following inside Iran. The MEK is part of a broad coalition of democratic activists and organizations, the National Council of Resistance of Iran (NCRI). The MEK and NCRI were quick to praise the administration for its decision to extend the terror designation to the entirety of the IRGC, a step they had advocated for decades. But they also expressed hope that by breaking the seal of this taboo, the administration might prove willing to accelerate its “maximum pressure” campaign and promote more policies that respond appropriately to the Iranian regime’s status as the world’s foremost state sponsor of terrorism.

This was the underlying message of a conference that the NCRI held in Washington on Wednesday, with the specific goal of encouraging the US government to recognize another branch of the Iranian regime as a terrorist organization. It shouldn’t be a hard sell. While the IRGC has a long track record of terrorist activity on foreign soil and support for well-known terrorist proxies like Hezbollah, the Ministry of Intelligence and Security (MOIS) has been directly linked to the planning of bombings and assassinations as recently as last year, often targeting Western nationals or Western territory through the logistical backing of the regime’s embassies and under their diplomatic cover.

The opposition’s conference pointed to 10 specific instances of such plots. Although each of these was foiled by American or European authorities, they reflect a substantial and possibly growing commitment on the part of a desperate regime to use terrorism as a primary form of statecraft. Some of the plots also carried a significant threat of widespread death and destruction, with perhaps the worst example being the MOIS targeting of a political rally organized outside Paris last summer. The annual “Iran Freedom” rally has come to attract tens of thousands of Iranians in a display of defiance against the theocratic regime. They are accompanied each year by international participants and speakers from the fields of policy, diplomacy, legislation, defense, intelligence, and academia in Europe, the United States, and much of the rest of the world.

The IRGC’s terrorist designation was necessary and long overdue, but more is needed. The administration’s incremental steps toward a policy of implementing “maximum pressure” reportedly helped to bring about a nearly 10 percent decline in the theocracy’s military expenditures between 2017 and 2018. These expenditures were vehemently opposed by the Iranian people as they chanted in their protests in December 2017: “Leave Syria alone, think about us instead.” There is no telling what can be achieved in the year ahead if the latest pressure takes hold and especially if the trend that brought about that pressure continues to accelerate.

At a time when Iranian entities are still clearly threatening Western lives and territory, we cannot afford to take it for granted that this trend has gone far enough, or that it will continue naturally. The international community must keep its focus on the positive effects of preexisting economic pressures, all the while wisely targeting new measures against those Iranian entities whose violent threat has yet to be addressed. Designating the MOIS should be the next immediate step.

Previous articleU.S. Should Impose Sanctions on Iran Regime’s Petrochemical Industry
Next articleIran Dissidents Call for Tehran’s Embassies in Europe to Be Shut Down