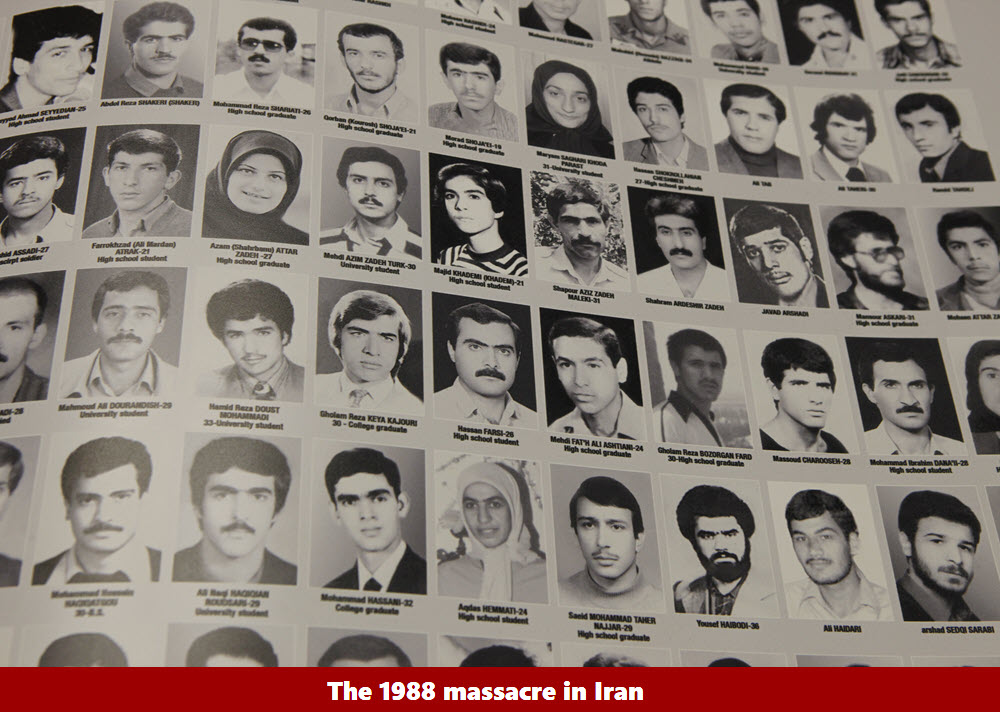 Last November, countless Iranians responded to a sudden spike in government-set gasoline prices by rising up in protest across around 200 cities. As with a previous nationwide uprising in January 2018, the expression of economic discontent quickly morphed into the public condemnation of the entire religious fascism. Participants in both uprisings were heard to chant slogans like “death to the dictator” and “death to Rouhani,” thus signaling their rejection both of the hardline political faction associated with the clerical supreme leader and the so-called moderates currently being led by regime’s President Hassan Rouhani.

The anti-regime protests met with predictable backlash, driven by the regime security forces. At the beginning of 2018, thousands of demonstrators were arrested, dozens were shot dead in the streets, and several were tortured to death during interrogations by the Intelligence Ministry or the Revolutionary Guard (IRGC). After failing to stamp out the dissent but also facing little real consequence for their actions, these same repressive forces accelerated their violence in response to the second uprising. In a matter of just a few days in November 2019, over 1,500 peaceful protesters were killed.

To casual observers of Iranian affairs, this recent crackdown may stand out as a shocking symbol of the regime’s contempt for human rights. But close observers and personal victims of the regime’s dictatorship recognize that its response to the November uprising is nowhere near to being the worst crime of the mullah’s regime. That exact title was appended to massacre in the summer of 1988 of Iranian political prisoners, by none other than the man who was then Ruhollah Khomeini’s designated heir to the position of regime supreme leader.

Ali Hossein Montazeri’s decision to condemn the regime’s massacre of political prisoners led to him being ousted from the clerical establishment and living out the last years of his life under house arrest. Meanwhile, the officials who actively participated in the massacre were richly rewarded with promotions and expanded influence. This trend continues to the present day, as evidenced by the fact that the current heads of both the Iranian regime judiciary and the Ministry of Justice were members of the “death commissions” that were tasked with interrogating political prisoners and passing capital sentences on those who failed to disavow their affiliations with the People’s Mojahedin Organization of Iran (MEK).

Those appointments underscore not the regime’s utter lack of remorse for a crackdown that is estimated to have killed 30,000 people including teenagers and pregnant women. But more than that, they highlight a pervasive sense of impunity that regime authorities developed in the immediate aftermath of the massacre, which has been continually reinforced in the three decades since then. Neither the regime as a whole nor any of its individual officials have been held accountable for the 1988 massacre or for any other crimes. So, it is no wonder that regime, still led by many of the same officials, has no real impulse to constrain its backlash when faced with challenges on the scale of the November uprisings.

For that reason, close observers of Iranian affairs are rightly concerned that the latest crackdown could lead to much worse crimes against humanity if it is not confronted assertively by the international community. Many such observers expressed that concern while participating in an international videoconference last month, organized the National Council of Resistance of Iran. The Free Iran Global Summit, which was held virtually across three-day sessions, devoted much of its time to redressing Iran’s past crimes and highlighting their implications for the country’s future.

The summit featured testimony from former Iranian political prisoners and survivors of the 1988 massacre, as well as political dignitaries representing the United States, Europe, and much of the world. And many of these dignitaries used the opportunity to urge their colleagues and allies to adopt policies that recognize and address the regime’s longstanding and ongoing obsession with destroying Iran’s pro-democracy opposition by any means necessary.

British Member of Parliament Steve McCabe, for example, linked the unresolved history of the 1988 massacre to more recent crackdowns and also to an extensive disinformation campaign against the MEK, which remains the leading challenge to the theocratic system more than three decades after its members made up the overwhelming majority of the death commissions’ victims. Recent revelations about those killings, McCabe said, “have shed light on the massacre in the West. The mullahs want to eliminate all opponents who don’t go along with their medieval mindset. This clarifies the need for a demonization campaign to silence the Iranian Resistance.”

.@steve_mccabe: Iran’s regime has launched a campaign to demonize the #MEK That campaign is linked to the #1988Massacre The mullahs have tried to cover up the extent of the massacre.
#FreeIran2020 https://t.co/tiKu1N2P9o

But the MP went on to strike a hopeful tone about the trajectory of Western policy and the prospect for that demonization campaign to be defeated once and for all. Other participants in the Free Iran Global Summit joined in outlining how the tide appears to be turning in an era of “maximum pressure” on the Iranian regime. However, they did not imply that Western critics of that regime can rest on their laurels. Instead, they acknowledged that the true attainment of maximum pressure is still very far off, and that it requires multilateral coordination and a specific focus securing justice for Iran’s past crimes.

The US State Department, issued a brief statement on July 17, two days ahead of the Free Iran Global Summit, in which spokesperson Morgan Ortagus declared that “Iranian officials who commit human rights violations or abuses should be held accountable.” The statement pointed squarely at the 1988 massacre and called for a thorough international investigation, with the likely end result being prosecution in the international criminal court.

Calls for such an investigation were naturally echoed in the online conference. In fact, the MEK and NCRI have been actively pushing for this kind of action for several years, and the appeals have only grown more imperative as tensions have grown between the Iranian regime and people. Accountability for 1988 would arguably be the greatest individual sign that Iran can no longer depend upon impunity on the international stage. And this in turn makes it the greatest tool in forestalling future crackdowns on a restive population that is ready for a revolution in the wake of two nationwide uprisings against its tyrannical government.

Previous articleIran Regime’s Corruption Revealed by an Official, Shows Mullahs Are the Real Source of Economic Problems
Next articleIran: Cyber-Attacks on MEK’s Website