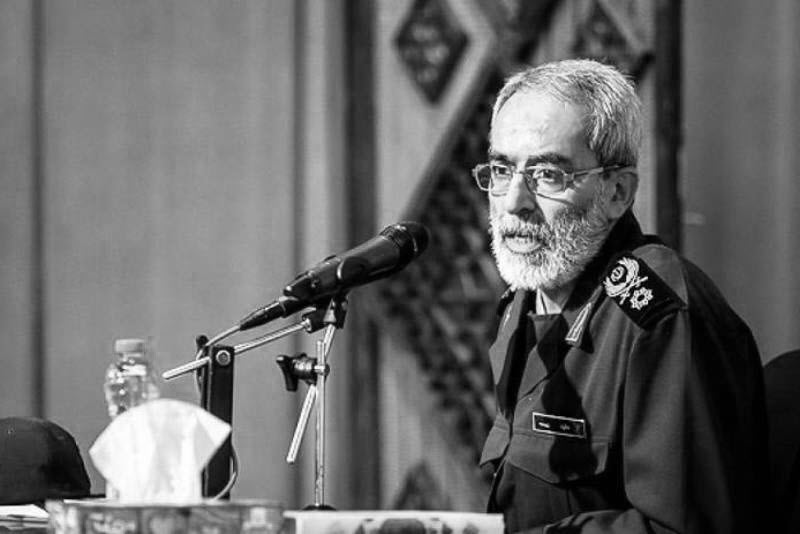 A senior commander of the Iranian regime’s Islamic Revolutionary Guards Corps (IRGC) said on Tuesday that U.S. regional bases and its aircraft carriers in the Gulf are within the range of Iranian missiles.

“American bases are within the range of our missiles … Our missiles will destroy their aircraft carriers if they make a mistake,” said Hossein Nejat, according to the Tasnim news agency, which is affiliated to the IRGC Quds Force.

“Americans are very well aware of the consequences of a military confrontation with Iran,” he said.

The United States State Department added the IRGC to its list of Foreign Terrorist Organizations in April 2019.

Tensions between the Iranian regime and the U.S. have sharply increased in recent weeks, after a string of IRGC attacks on oil tankers in the Gulf, the downing of a U.S. drone over international waters by Tehran and repeated rocket attacks on the US embassy in Baghdad and civilian airports and cities in Saudi Arabia by agents of the Iranian regime.

In her speech to the Free Iran march in Washington on June 21, 2019, Iranian opposition leader Maryam Rajavi said:

To fend off the people’s fury for 40 years, the murderous mullahs have pointed their fingers at the U.S. as the enemy. But we were not deceived.

Now, the people of Iran cry out in every street and alley that “our enemy is right here; the mullahs lie when they say America is the enemy.”

The absurd comments made by the mullahs and their foreign minister about the so-called “B Team” in the United States was a bid to hide their own “Bomb team”: From developing a nuclear bomb to bombing plots in Albania and France, to bombings and planting of mines on oil tankers in the Persian Gulf, to the explosions, drones and missile attacks on Saudi Arabia and targeting of the U.S. Embassy in Baghdad, the evidence is clear.

When the mullahs are not held accountable and do not pay a price for their actions, they become more emboldened and intensify their belligerence. Launching Katyusha missiles in Mosul and Basra and the missile attack against a U.S. drone are very telling examples of this fact.

For the past 40 years, the regime has persistently waged wars against the people of Iran and the world. Still, regime apologists and those who benefit from its continued rule feign concern for war. They use this as a pretext to dissuade the world from adopting any form of decisiveness, and instead urge appeasement of the ruling murderers in Iran.

Maryam Rajavi urged the international community to recognize the right of Iranian people to overthrow their dictators.

“Yes, we do not want anything more than freedom and human rights, which will of course also open the way for us toward development and justice. This will ensure peace and security in Iran and the Middle East; an Iran free of religious fascism, a non-nuclear Iran and an Iran without terrorism and belligerence,” Maryam Rajavi said.

“The religious dictatorship is a paper tiger when it comes to facing off with the Iranian Resistance. And its fate is no different from the fate of the Shah’s dictatorship. This is the verdict of history and the yearning of the people of Iran,” Mrs. Rajavi added.