Top US general: ‘Troubling’ that Iran military will get US cash 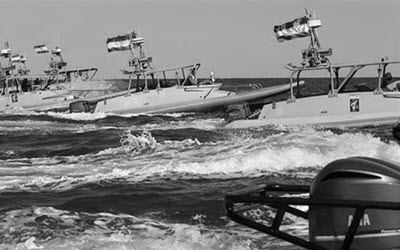 U.S. military leaders say Iranian naval forces have stepped up their harassment of U.S. forces in the Persian Gulf, and this is since the signing of the accord, this issue is discussed in the following article by Kristina Wong which was published on September 22, in thehill.com:

Marine Gen. Joseph Dunford, the nation’s top military officer, said Thursday that reports that U.S. payments to Iran will go to the Iranian military are “troubling.”

“It certainly is troubling. The more funds that they have available, obviously the more effective they’ll be in spreading malign influence,” the chairman of the Joint Chiefs of Staff told the Senate Armed Services Committee.

He was responding to questioning by Sen. Kelly Ayotte (R-N.H.), a member of the committee, who referenced recent reports that the Iranian government has approved a law that would allocate to the military a $1.7 billion payment the U.S. made to Iran this year to settle a failed arms deal from the 1970s.

An initial payment of $400 million in cash to Iran coincided with the release of four U.S. prisoners, but the administration has argued it was not a “ransom,” and that the signing of an international nuclear accord in January paved the way for the settlement and a release of prisoners at the same time.

Dunford said he was not consulted on the payment of $1.7 billion.

When asked whether it was a good idea that the U.S. exchange cash to Iran for hostages, Dunford said, “on principle, I would prefer that we not provide additional resources to Iran.”

Defense Secretary Ash Carter, who also testified, said he was not consulted on the payment either.

“I don’t know all the details of it and — and the chairman and I were not involved in that,” he said.

Since the signing of the accord, U.S. military leaders say Iranian naval forces have stepped up their harassment of U.S. forces in the Persian Gulf.

Dunford also said Iran continues to be one of the lead sponsors of terrorism around the world.

“I describe their major export as ‘malign influence,’” he told Ayotte. “I’m under no illusion of what Iran is — is intending to do, nor are we not — nor — we are mindful of the capabilities that they’re developing, as well.”

“The administration may have postponed Iran’s nuclear program, but this has come at the cost of unshackling Iranian power and ambition, both of which will grow in the coming years as billions of dollars in sanctions relief is transformed into advanced military capability and support for terrorism,” he said.

During his opening remarks, Dunford said Iran and other state actors Russia, China and North Korea were continuing to invest in military capabilities to reduce the U.S.’s competitive advantage.

In addition, they are conducting activities that fall short of a “traditional armed conflict and the threshold for traditional military response,” he said in his opening testimony.

Those activities include Russian actions in Ukraine, North Korea’s nuclear testing, Chinese activities in the South China Sea and Iran’s “malign activities across the Middle East.”