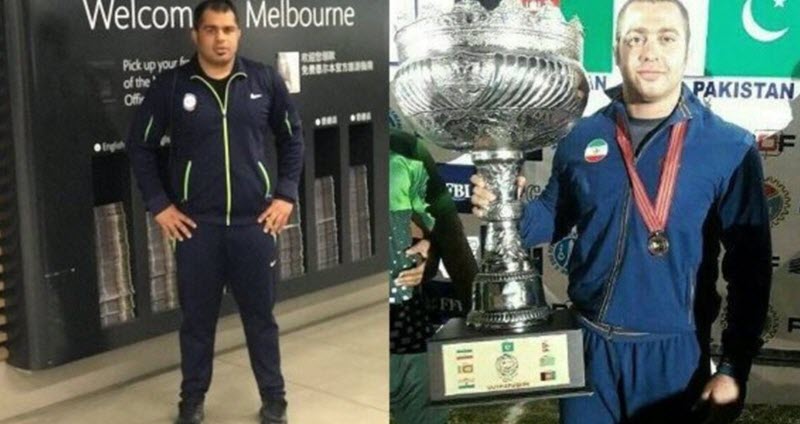 Two members of Iran’s national Kabaddi team are refusing to return to their home country after the Kabaddi World Cup in Australia, instead they are seeking asylum after being threatened by the head of Iran’s Kabaddi Federation with “severe punishment”.

Mojtaba Shadkam and Amir Dehqani told a Persian language Radio that professional sport in Iran is run by the suppressive forces of the mullahs’ regime and rife with corruption and crazy rules (i.e. not competing against specific countries’ athletes or risk their legs being broken).

Bronze medalist Shadkam said: “The sports environment in Iran is dominated by corruption. The presidents of the sports federations in Iran are mainly intelligence agents and members of the Islamic Revolutionary Guards Corps (IRGC) who have no concerns about sports.”

They are far from the only athletes in Iran who are discontent with the way that the sports industry is run and the pair revealed that their fellow athletes are not content with being used to promote the Regime.

Shadkam, who also competed in the national championship in freestyle wrestling, said: “Our sports managers are merely serving the Regime’s dictatorship. Therefore, it is hard to find a national athlete who is not fed up with the sports situation in Iran.”

Shadkam reveals that the Iranian Regime is completely ready to destroy anyone who they deem to be a foreign agent and this definition can be very subjective.

He said: “None of the members of Iran’s national teams want to be used as a billboard for promoting a corrupt political system. The real members of national sides are athletes who want to create glory for their people and make them proud and happy.”

He continued: “Whoever is a little different [from the regime’s officials] risks being labelled [a foreign agent]. Even outside sports arenas, national athletes are constantly watched lest they behave against the ruling system’s ideology. They expect us to work at sweatshops as servants of the establishment.”

But why seek asylum?

Dehqani, who also won a bronze medal in the 2014 Kabaddi World Cup, said: “We have always had clashes with the authorities over unfair decisions and disregarding sportsmen’s rights. In Melbourne, Australia, we had similar clashes with the president of the Kabaddi Federation. He accused us of crossing Iran’s red lines and threatened us with severe punishment after returning to Tehran.”

Iran’s Kabaddi federation has previously insisted that the players would return soon.

Kabaddi is a contact team sport which is popular in South Asia. The 2018 Punvec Kabaddi World Cup began at Lakeside Stadium Albert Park on April 22, featuring eight teams from Australia, Canada, India, Iran, New Zealand, Pakistan, the UK, and the US.

Previous articleThe Iranian Resistance: A New Factor in Iran Policy
Next articleUS and Europe on Iran Regime’s Ballistic Missile Programme and Destabilisation of the Middle East