U.S. and GCC agree on bid to block arms smuggling by Iran regime 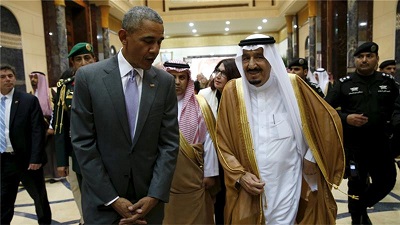 The Gulf Arab states and the United States have agreed to deploy joint patrols to intercept ships smuggling Iranian weapons to Yemen.

The secretary-general of the Gulf Cooperation Council (GCC) said the bloc and the U.S. would stage joint maritime patrols to stop weapons smuggling from Iran.

Tuesday’s agreement was reached during a meeting between US Defense Secretary Ash Carter and his Gulf Arab counterparts in Riyadh.