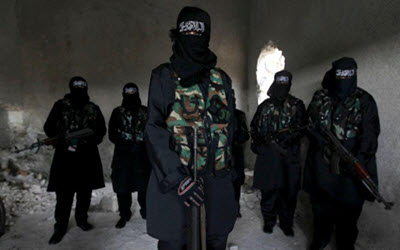 The United States on Wednesday blacklisted three members of al Qaeda living in Iran, saying they had helped the Islamist militant group on the battlefield, with finance and logistics, and in mediating with Iranian authorities.

The Iranian regime has held several al Qaeda high-ranking members and lower-level militants since the Sept. 11, 2001 attacks on New York and Washington, though U.S. officials say the precise conditions of their confinement are unclear.

Faisal Jassim Mohammed al-Amri al-Khalidi, a 31-year-old Saudi national, led an al Qaeda brigade and was serving as the group’s military commission chief in May 2015, the U.S. Treasury said, describing him as “part of a new generation” of al Qaeda operatives. As of 2011, Khalidi liaised between al Qaeda associates, central council members, and leaders within the Pakistani Taliban.

Abu Bakr Muhammad Muhammad Ghumayn, 35, had control of the group’s financing and organization inside Iran as of 2015, Treasury said. Ghumayn, an Algerian, was previously based in Pakistan.

Treasury’s statement did not make clear what conditions the men were living under in Iran. Bayumi has been in Iran since 2014, Treasury said, but it did not say how long the other two men had lived there. Bayumi had been able to secure funds from Syria for al Qaeda members and facilitate al Qaeda funds transfers in 2015, Treasury said, suggesting he had some freedom to operate since moving to Iran.

Wednesday’s measure freezes any property of the three men in the United States, and bars U.S. citizens from dealing with them, Reuters reported.