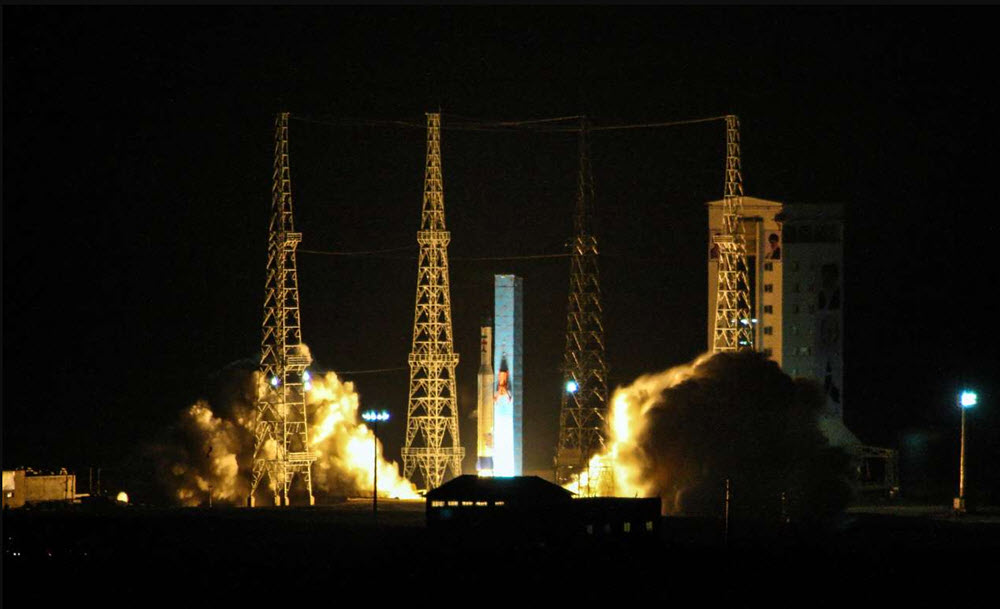 The United States has condemned Iran for its ultimately failed attempt to launch a satellite into space earlier this week.

US Secretary of State Mike Pompeo accused Iran of posing a missile threat on Tuesday after the Regime defied his warnings against launching the Payam satellite into orbit, even though the launch was unsuccessful.

Pompeo once again advised that such a launch is in violation of the 2015 UN Security Council resolution, which enshrines the international accord on Iran’s nuclear programme.

Pompeo tweeted: “In defiance of the international community & UNSCR 2231, Iran’s regime fired off a space launch vehicle today. The launch yet again shows that Iran is pursuing enhanced missile capabilities that threaten Europe and the Middle East.”

The US and Israel explain that Iran can use these satellite launches to obtain knowledge that will help in the development of long-range missiles. Given that the medium-range missiles that Iran already possesses can supposedly strike most of the Middle East and some parts of Europe, the US is understandably worried about attacks on the allies or their military bases.

Pompeo said the rocket used by Iran to try to place the satellite into orbit “incorporates technologies that are virtually identical and interchangeable with those used in ballistic missiles, including intercontinental ballistic missiles”.

This is just one of many reasons that the US has increased pressure on Iran over the past year, with the intention of bringing about a change in the Regime’s behaviour.

The US withdrew from the 2015 nuclear agreement last May, but Iran, the United Kingdom, France, Germany, China, and Russia, still remain a party to the deal, formally known as the Joint Comprehensive Plan of Action (JCPOA). Then, the US reimposed many sanctions on the Iran Regime, including its lucrative oil industry, aimed at bankrupting the government and forcing it back to the negotiating table.

Iran denied that its activities involve a nuclear or military component, something that very few in the defence industry believe, and stated that their space launches and satellite program will continue. Regardless of Iran’s beliefs, their launches are still in violation of the UN resolution, which calls upon Iran not to conduct any tests of missiles that are capable of carrying warheads until at least 2023. This could mean that other countries pull out of the accord and impose their own sanctions on the Regime.

Iran’s telecommunications minister said the satellite was launched but was not placed into orbit, as the rocket carrying the satellite did not reach the proper speed.