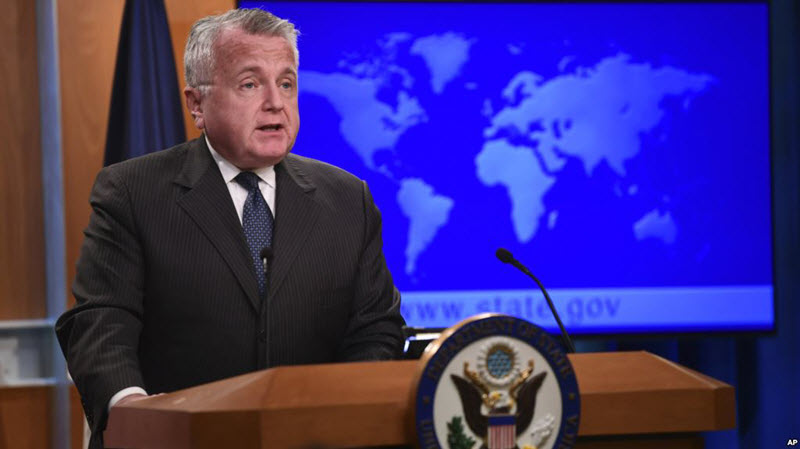 WASHINGTON The Trump administration is lashing out at China, Iran, Russia and North Korea for being “forces of instability” because of human rights abuses of their own citizens and others.

In its annual global human rights reports released on Friday, the State Department singled out the four countries for egregious rights violations, including restricting the freedoms of speech and assembly and allowing or committing violence against religious, ethnic and other minority groups. It said that countries that undermine the fundamental dignity of people are “morally reprehensible” and harm U.S. interests. Concerning the Iranian regime, report reiterates:

The theocratic Shiite government in Iran is responsible for executing “a high number” of prisoners for crimes that don’t merit the death penalty, the report said, along with torture, jailing of dissidents, severe curbs on journalists and religious minorities. It also accused Iran of taking few steps to investigate, prosecute or punish any officials who committed the abuses, citing a widespread pattern of impunity for offenders.

In addition, it said that through its support for Syrian President Bashar Assad’s government and Iraqi Shia militias, Iran “materially contributed” to rights abuses Syria and Iraq.