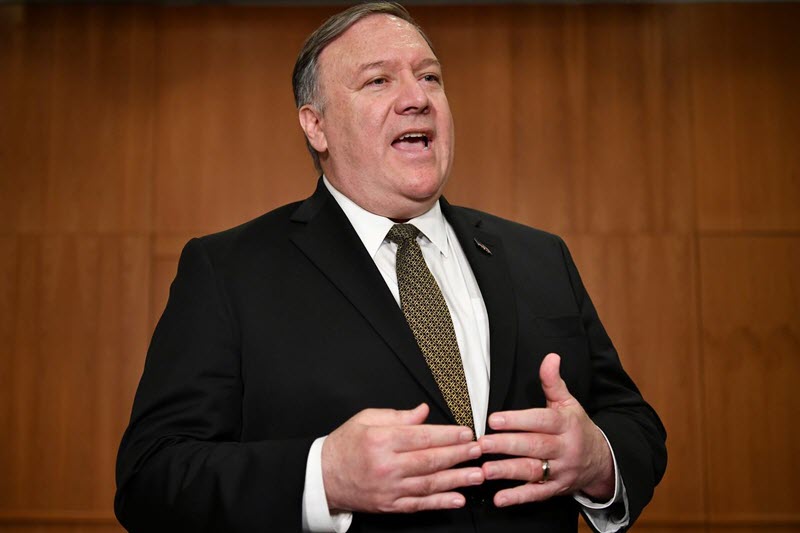 Senior American officials said on Monday that new threats by the Iranian regime against United States troops in Iraq were behind the sudden deployment of an aircraft carrier strike group and Air Force bombers to the Persian Gulf, the New York Times reported.

The White House and Pentagon made the decision after seeing intelligence that showed new activity on the part of Iranian-aligned forces since Friday, said two senior officials who spoke on condition of anonymity to the New York Times.

The new movement of American military forces was announced by John R. Bolton, the national security adviser, on Sunday night.

The deployment of the aircraft carrier U.S.S. Abraham Lincoln was intended “to send a clear and unmistakable message to the Iranian regime that any attack on United States interests or on those of our allies will be met with unrelenting force,” Mr. Bolton said in a statement.

He added that “the United States is not seeking war with the Iranian regime, but we are fully prepared to respond to any attack, whether by proxy, the Islamic Revolutionary Guards Corps or regular Iranian forces.”

The two senior American officials said new intelligence raised concerns about the Revolutionary Guards and their activities in Iraq.

Last month, the Trump administration designated the Revolutionary Guards (IRGC) as a terrorist organization. The move imposes economic penalties and travel restrictions on members of the group and anyone else who deals with it.

On Tuesday, the Iranian regime’s President Hassan Rouhani signed a bill into law that declared all American troops in the Middle East terrorists and labeled the United States government a state sponsor of terrorism.

Senator Marco Rubio, a Republican of Florida and member of the Senate Foreign Relations Committee, gave a stern warning Monday morning about the militias and the Revolutionary Guards.

“We will not distinguish between attacks from Shia militias in #Iraq and the #IRGC that controls them,” he wrote on Twitter. “Any attack by these groups against U.S. forces will be considered an attack by #Iran & responded to accordingly.”

Mr. Pompeo told reporters on Sunday night during a flight to Finland of signs of growing threat from the Iranian regime.

A Defense Department official said the request to re-direct the carrier group to the region originated on Sunday from Gen. Kenneth McKenzie, the new head of United States Central Command, after he viewed new intelligence that showed a change in behavior that could be interpreted to foreshadow an attack on American forces or interests, the New York Times reported.