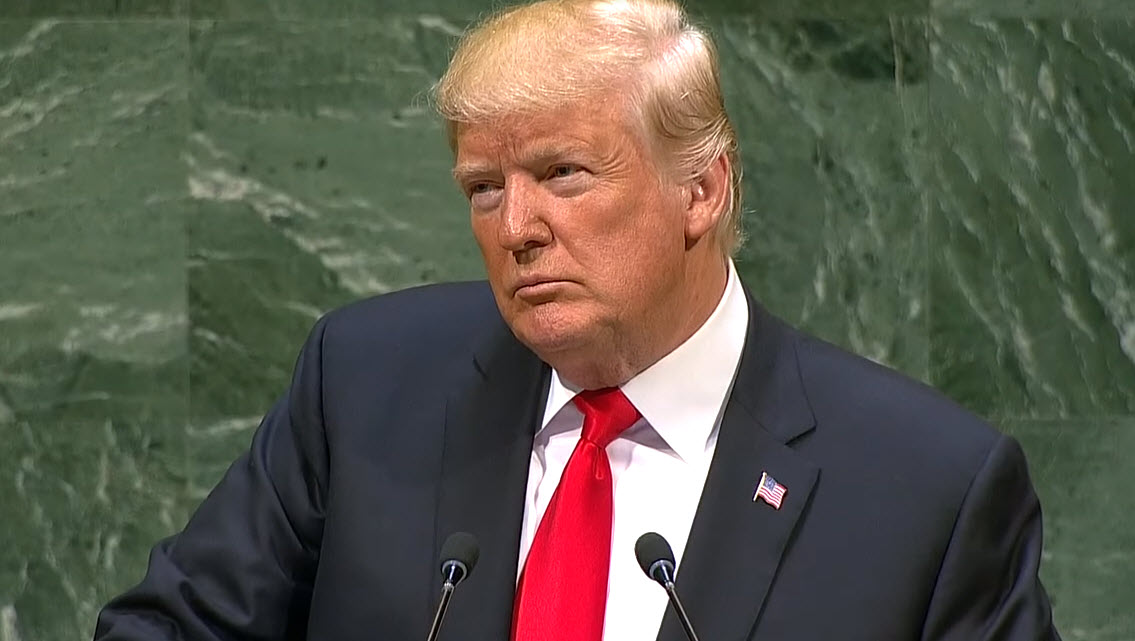 On Tuesday U.S. President Donald Trump severely attacked the Iranian regime during his remarks at the UN General Assembly, the first day of the high-profile international gathering in New York. Below is the full text of his address about Iran:

Another issue is the corrupt dictatorship of Iran. They cause chaos, death and destruction, they do not respect neighbors’ borders and the sovereign rights of nations. They plunder nations’ resources to enrich themselves and spread bad across the region. Their leaders have embezzled millions of dollars from the Iranian treasures, sent proxies to wage wars, not good! Their regional agenda is aggression and expansion. That’s why many supported me in withdrawing from the 2015 nuclear deal and in reimposing nuclear sanctions. The deal was a win for Iran leaders, their military budget grew 40 percent since deal was reached, they increased internal repression, financed terrorism, in Syria and Yemen. U.S. launched a campaign of economic pressure on Iran to deny the regime funds it needs to advance its bloody agenda.

We began reimposing the sanctions lifted after the deal, on November 6 there will be more sanctions, and more will follow. We want countries that import Iran crude oil to stop.

We cannot allow a regime that chants death to America and threatens Israel of annihilation to deliver a nuclear warhead. Just can’t do it. We ask to isolate the regime as long as the aggression continues. We need to support people in reclaiming their religious destiny.

Previous articleU.S. should support Iran Resistance at UNGA
Next articleBolton: US will stay in Syria until Iran is gone