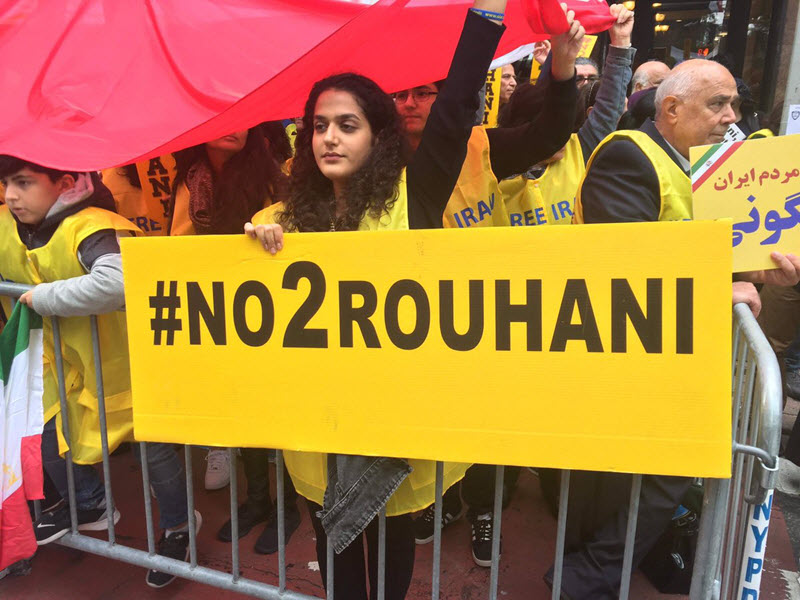 Iran is one of the worst countries in the world for religious freedom, a fact cited annually by human rights groups and US governmental bodies every year, with the persecution of religious minorities deeply ingrained in the Regime’s rule.

Christians in Iran are a particular target of the Regime, with Christians who have converted from Islam being in particular danger.

According to the US State Department report on international religious freedom, over 600 Christians for their faith between 2010 and 2017, which coincided with an upsurge in anti-Christian sentiment within Iranian state media and increased raids on home-based churches. This is backed up by international human rights groups.

Ken Blackwell, a former US ambassador to the United Nations Human Rights Commission, wrote: “This goes to show how deeply Islamic extremism is ingrained into the identity of Iran’s theocratic regime. Every time that regime prosecutes someone for national security crimes on the basis of membership in a religious minority, it is effectively admitting that the regime cannot survive in the presence of religious freedom. As such, the mullahs tacitly admit this fact almost every single day.”

That’s why no modern, democratic government should work with Iran. This Regime doesn’t have any moderating influences and we should not pretend otherwise. Thankfully, the US is now working to limit the Iranian Regime’s violations of religious freedom and other human rights through tough sanctions.

Indeed, religious freedom across the world is a major focus for the US government now and this is only amplified when it comes to Iran. They want to hold Iran accountable for violations of the rights of Christians and other minorities.

The US policy is admirable, but it should be complemented by recognition of the Iranian Resistance as the viable alternative to the clerical regime, one that already champions religious freedom. The National Council of Resistance of Iran (NCRI) and the People’s Mojahedin Organization of Iran (PMOI/MEK) are fighting for a democratic and free Iran and the ongoing Iranian uprising, which they helped organise, is proof that the Iranian people want that too.

The Regime led a brutal crackdown in response, killing at least 50 and arresting 8,000 protesters, but the Iranian people are still protesting. There is no better way to advance the US policy on Iran than for Donald Trump to endorse and support the Iranian Resistance in his speech to the UN Security Council session on September 26.