U.S. Threatens to Withhold Post-War Assistance to Syria Until Iran Regime Is Expelled 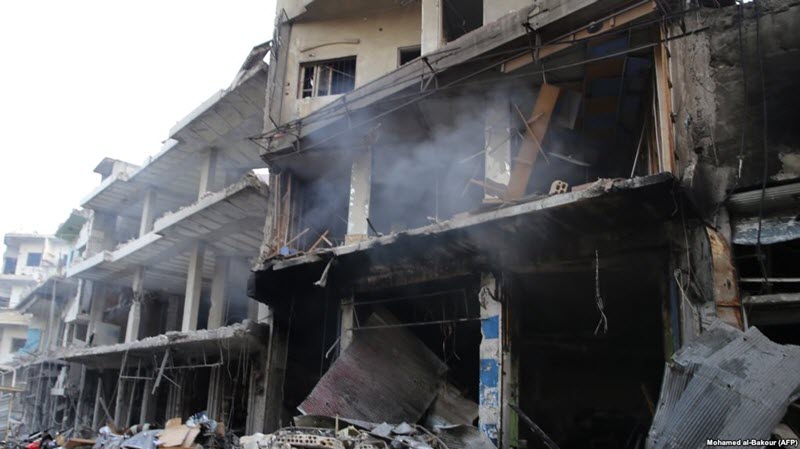 Earlier this week, U.S. Secretary of State Mike Pompeo said that the United States will not be giving Syria any post-war assistance with reconstruction efforts if Iran is still present. Speaking at an event on Wednesday, Pompeo said that the Trump administration remains dedicated to countering Iran’s malign actions in the region, describing Syria as a decisive battleground.

He said that it is the responsibility of the Syrian government to remove Iran from the country as it is responsible for Iran being there in the first place. Pompeo emphasised: “If Syria doesn’t ensure the total withdrawal of Iranian-backed troops, it will not receive one single dollar from the United States for reconstruction.”

The Iranian Regime has been present in the Syrian conflict for years, using various proxy groups and militias to push its agenda there. If Iran had not got involved in the conflict, the civil war would have not been able to last for so long. Without Iran’s backing, President Bashar al Assad would not have survived.

Israel too has been outspoken about Iran’s presence in Syria with the Israeli Prime Minister Benjamin Netanyahu also saying that he will not accept Iran’s interference in Syrian affairs.

The Trump administration has been reluctant for the United States to get involved in the war. The previous administration under Barack Obama had allowed military action in order for the Islamic State group (ISIS) to be uprooted.

As it stands now, there are around two thousand U.S. troops in Syria with a predominantly advisory role for the forces (except ISIS, of course) that are trying to topple Assad’s government and to provide them with training.

Not receiving funding from the United States is not going to make a big difference right now. It appears that the US troops with remain in the country for now – something that did not look very likely when the President said earlier this year that he is considering withdrawing troops.

However, it does show that the United States is serious about countering the Iran threat. Trump has been a very outspoken critic about Iran and the notorious nuclear deal that was agreed under the Obama administration. Trump is adamant that Iran is the number one threat to peace and security, not just in the Middle East, but in the world. He has identified the Iranian regime as the number one state sponsor of terrorism and he is not willing to let the issue lie.

He withdrew from the 2015 nuclear deal despite pleas from European leaders and he re-imposed harsh sanctions – some of which have already taken effect and some of which will be enforced in less than a month.

The people of Iran too are putting pressure on the Iranian regime and are continuing to protest and hold anti-regime demonstrations. They are clear in their calls for regime change and they will be the ultimate force behind the collapse of the despotic leadership.