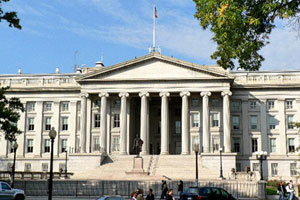 The Obama administration intensified efforts on Thursday to counter what officials called a misimpression that the six-month nuclear agreement with Iran had opened the door to new economic opportunities with the country, emphasizing that nearly all sanctions remained in force and warning businesses not to engage in any deals still pending after the accord’s July 20 expiration.

As if to punctuate the administration’s assertion that little had changed, the Treasury Department announced what it described as a landmark $152 million settlement with Clearstream Banking, a Luxembourg-based banking subsidiary of Germany’s Deutsche Börse securities exchange, for having allowed Iran to bypass sanctions through the use of the company’s access to the American banking system.

The administration has been facing increased criticism from supporters of strong sanctions against Iran who contend that the six-month deal — which went into force on Monday and was devised to allow time to negotiate a permanent accord — had given the Iranians far more in economic benefits than what its provisions had specified or intended.

The proponents of stronger sanctions have argued that because the economic pressure has eased, Iran is now much less likely to negotiate a permanent agreement over its disputed nuclear program, which Iranian leaders have called legal and peaceful but the United States and its international partners suspect is meant to achieve nuclear weapons capability.

Under the six-month agreement, Iran will gain access to $4.2 billion of its own money frozen in foreign banks, to be paid in installments. Other provisions include eased restrictions on trade in petrochemicals, automotive parts and precious metals.

But administration officials have emphasized that the broad array of sanctions on Iran remain fully in force, most notably the European embargo on Iran’s oil and the exclusion of Iranian banks from a global communications network that is critical to international finance.

The administration has also warned that the six-month duration of the nuclear agreement means that any companies undertaking business with Iran within that time frame should make sure they are paid before the agreement expires.

The underlying message appeared at least partly aimed at blunting some of the optimism, particularly among European companies with historical ties to Iran, which had been forced to abandon the Iranian market of 75 million consumers over the past few years because of the sanctions. A number of European countries have sent trade missions to Iran or are planning them, anticipating that prospects will further improve.

“Our message to all of these companies is the same: Iran is not open for business,” David S. Cohen, the Treasury under secretary who is responsible for helping to enforce American sanctions, said Thursday. “There is a vast network of complicated sanctions that remain in place. Iran’s banking sector is still largely off limits, and now is not the time to re-engage with Iran. That day may come, but it’s not today.”

International trade lawyers said that the six-month nuclear agreement had generated little interest among American companies in cultivating new business with Iran, but that some provisions required further explanation and clarification. The Treasury and State Departments announced they planned a joint conference call on Friday “to brief U.S. corporate sector sanctions compliance experts.”

Scott M. Flicker, head of global trade at Paul Hastings, a Washington law firm, said “there is a lot of confusion out there” about the agreement, including the six-month time frame, because business considered legal under the suspended sanctions might later be illegal — and punishable.

“You may engage in a transaction now that may be within the four corners of the suspension, and then the six months expire,” Mr. Flicker said. What the Treasury and State Departments are warning, he said, is that “you better not be caught with your pants down on July 20.”