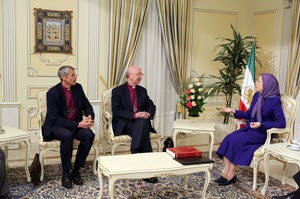 NCRI – Today, Wednesday January 20, 2016, two prominent leaders of Christian churches in Britain, the Right Reverend John Pritchard, former Bishop of Oxford and the Right Reverend Adrian Newman, the Bishop of Stepney, have met with Mrs. Maryam Rajavi, President-elect of the National Council of Resistance of Iran (NCRI) at her residence in Auvers-sur-Oise, north of Paris, and discussed the events and recent developments in Iran and the region and the right policy approach by the British and US governments as well as the Europe Union. During the meeting, the British religious leaders were warmly welcomed by supporters of the Iranian Resistance.

In this meeting, the delegation of bishops presented Mrs. Rajavi with the statement by the Archbishop of Wales, Dr. Barry Morgan, which was signed and supported by 51 leaders of the British churches.

The statement condemns a rocket attack on Camp Liberty on 29 October 2015, and emphasizes that the United Nations, the United States and Europe must adhere to their international obligations and take specific steps to provide adequate protection and security for the residents.

The delegation of bishops pointed out that the human rights situation in Iran has deteriorated since Hassan Rouhani came to office as president two years ago, and the number of executions, including public hangings and executions of juveniles has increased. They demanded that the human rights situation in Iran, especially the repression of religious minorities, including Christians, should be at the centre of discussions during Rouhani’s forthcoming visit to Europe.

They called on the government of the UK and other EU states to make improved international relationships with Iran contingent upon the demands of the latest UN resolution on human rights in Iran, namely the abolition of executions violating international obligations, the release of political prisoners and prisoners of conscience, and end to torture and arbitrary arrests.

The statement by 52 British religious leaders says: “We urge an independent investigation of the 29 October attack, and prosecution of those responsible. We also call for the immediate recognition of Camp Liberty as a refugee camp under the supervision of UNHCR and recognition of the residents’ status as refugees and protected persons under the Fourth Geneva Convention, and the lifting of all current restrictions on the camp.”

“We hope that the British Government will intervene and pressure the Government of Iraq, the Iraqi Prime Minister Dr. Heidar Al-Abadi, the UN and the United States to take urgent and decisive action, in accordance with previous assurances, to put an immediate end to such attacks against Iranian refugees in Camp Liberty. We support the opinion of those British MPs who say that “failure to do so would only embolden the Iranian regime to plot even more deadly attacks against these refugees in an effort to annihilate the main and most organized Iranian opposition objecting to its theocratic rule.”

The delegation of bishops supported Mrs. Rajavi’s ten-point plan for the future of Iran which predicts a free, democratic Iran based on the separation of church and state and the rule of law, gender equality, the abolition of the death penalty and an end to discrimination against religious minorities and coexistence with its neighbors.

Mrs. Maryam Rajavi sincerely thanked the British religious leaders for their valuable efforts to promote and protect the health, safety and security of Liberty residents and said: “Muslims and Christians should rely on their common values and stand against those who deviate their religions.”

She strongly condemned repression of Christians across the Middle East, particularly in Iran by the mullahs’ regime and criminal militias affiliated with the regime and by Daesh (ISIS) terrorists, and expressed hope for “an end to homelessness and displacement of Christians in the Middle East and liberation of Iranian Christians from oppression of ruling mullahs and freedom of all Iranian people from the religious dictatorship.”

Mrs. Rajavi said: “Two years ago, Rouhani became the president of religious dictatorship and claimed to be moderate. But this was a ruse to mask the dictatorship. The balance sheet this time including 2,000 executions shows the real face of Rouhani. Only in the first two weeks of January, 53 people have been executed. During Rouhani’s tenure, executions and arrests as well as unemployment and poverty have increased.

She reiterated that the Iranian resistance’s struggle against religious dictatorship in Iran and the efforts to end the repression of Christians and other religious minorities in Iran, as well as establishment of the fundamental rights of the Iranian people will continue. 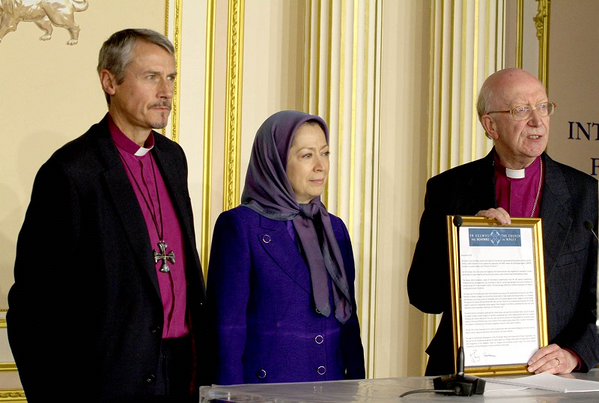 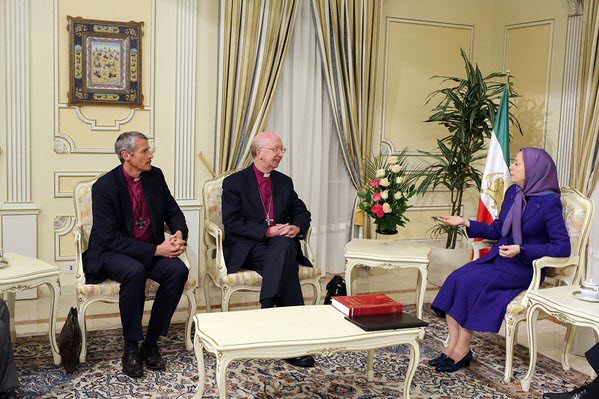 Previous articleIraq : Meqhdadiya under siege for the second week
Next articleIran: Commander of Basij threatens further hostage-takings and blackmails