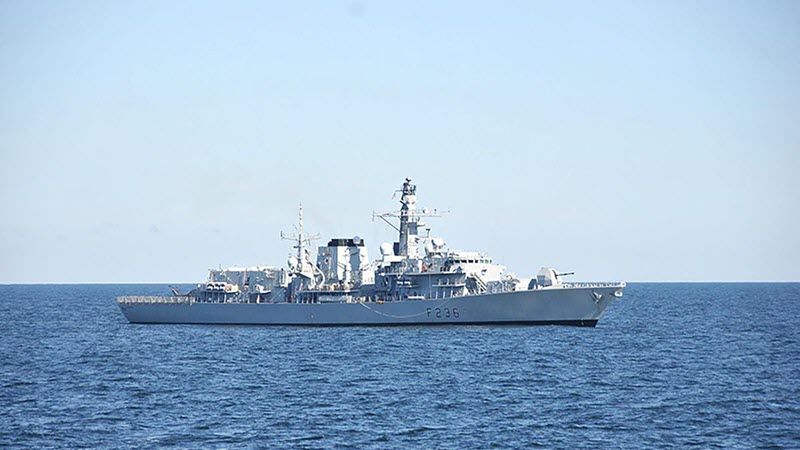 Britain said Monday that it would join a U.S.-led naval security mission in the Strait of Hormuz, where the Iranian regime’s seizure of merchant vessels has raised tensions with the West.

Senior U.S. leaders expressed confidence that they will be able to convince allies to help protect shipping in the Persian Gulf area against threats by the Iranian regime.

The moves are seen as part of Washington’s escalating campaign in what Trump calls “maximum pressure” on the mullahs’ regime.

Britain’s Ministry of Defense said it “will draw largely on assets already in the region.” It said the Royal Navy will work alongside the U.S. Navy to escort vessels through the Strait of Hormuz, which sits at the mouth of the Persian Gulf, a shipping channel for one-fifth of all global crude exports.

Two Royal Navy warships are currently in the region, the frigate HMS Montrose and the destroyer HMS Duncan. The Montrose is due to leave for planned repairs later this month.

Britain has been giving U.K.-flagged vessels in the region a naval escort since the Iranian regime’s Revolutionary Guards seized a British-flagged oil tanker last month. Some Iranian officials suggested the seizure of the Stena Impero was retaliation for the seizure of an Iranian oil tanker off the British overseas territory of Gibraltar.

Last month, then-U.K. Foreign Secretary Jeremy Hunt announced that the U.K. would join with European allies to form a “maritime protection mission” in the strait.

Six oil tankers have also been targeted in the Gulf of Oman in acts of sabotage by the Iranian regime.

In June, Iran’s regime shot down an American surveillance drone in the Strait of Hormuz. President Trump came close to retaliating, but called off an airstrike at the last moment.

Maritime security in the region was further jolted in mid-July, when the Revolutionary Guard’s naval forces confirmed they had seized a United Arab Emirates-based oil tanker, the Panamanian-flagged MT Riah.