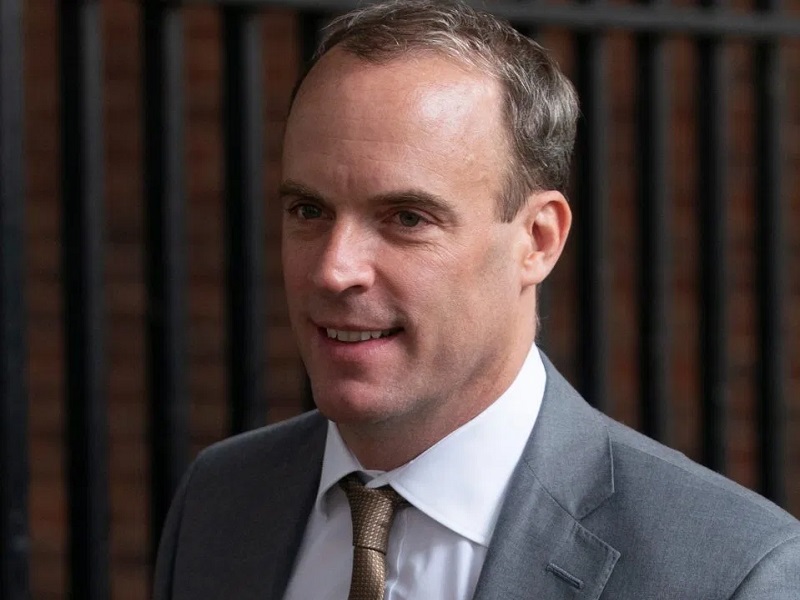 “The Foreign Secretary Dominic Raab has condemned Iran for breaching assurances over the Adrian Darya 1 oil tanker,” the Foreign Office said in a statement on Tuesday.

“Iran repeatedly gave assurances to the Government of Gibraltar that the Grace 1/Adrian Darya 1 would not deliver oil to any EU-sanctioned entity in Syria or elsewhere,” the FCO statement said.

“It is now clear that Iran has breached these assurances and that the oil has been transferred to Syria and Assad’s murderous regime.”

The Iranian regime’s actions represent an unacceptable violation of international norms and the UK will raise the issue at the United Nations later this month, the Foreign Office said.

“This sale of oil to Assad’s brutal regime is part of a pattern of behavior by the Government of Iran designed to disrupt regional security. This includes illegally supplying weapons to Houthi insurgents in Yemen, support for Hezbollah terrorists and most recently its attempts to hijack commercial ships passing through the Gulf,” Mr. Raab added.

The United States imposed sanctions in late August against the Adrian Darya 1 for transporting Iranian crude oil to Syria in violation of international sanctions.

The Adrian Darya 1’s captain, Akhilesh Kumar, was also designated as part of the U.S. action.

The IRGC-QF’s highest-ranking officials have long overseen the export of Iranian oil, often masking its origin and sending it to the Syrian regime or IRGC-QF proxies across the region, the Treasury pointed out.

“Vessels like the Adrian Darya 1 enable the IRGC-QF to ship and transfer large volumes of oil, which they attempt to mask and sell illicitly to fund the regime’s malign activities and propagate terrorism,” said Sigal Mandelker, Under Secretary for Terrorism and Financial Intelligence.

“Anyone providing support to the Adrian Darya 1 risks being sanctioned. The path to relief is to change course and not allow the IRGC-QF to profit from illicit oil sales.”

Commenting on the designation, U.S. Secretary of State Mike Pompeo said in a tweet: “The U.S. will not idly watch the Assad regime use Iranian oil to terrorize its own people.”

The Adrian Darya 1, previously called Grace 1, was detained in August by British authorities in Gibraltar for violating EU sanctions on the sale of oil to the Syrian regime. It was later released after UK authorities received assurances that the oil would not be sold to Syria.

Hamideh Taati - 2nd July 2020
THE CONTENT OF THIS PAGE WILL BE UPDATED WITH THE LATEST NEWS UPDATE: 3:30 AM CEST MEK Resistance Units install large banner of Maryam Rajavi in...