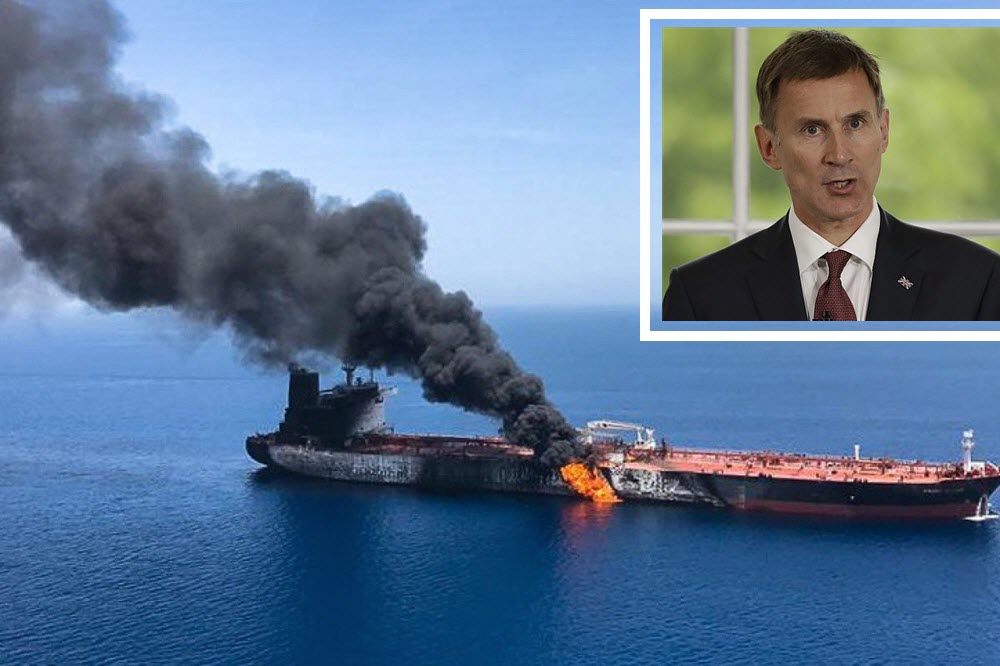 The UK is working on the assumption that the Iranian regime is responsible for the attacks on two oil tankers in the Gulf of Oman on Thursday, with British Foreign Secretary Jeremy Hunt warning Tehran that these actions were “deeply unwise”.

In a statement, Hunt said: “This is deeply worrying and comes at a time of already huge tension. I have been in contact with (US Secretary of State Mike) Pompeo and, while we will be making our own assessment soberly and carefully, our starting point is obviously to believe our US allies.”

He continued: “We are taking this extremely seriously and my message to Iran is that if they have been involved it is a deeply unwise escalation which poses a real danger to the prospects of peace and stability in the region.”

The United Kingdom Maritime Trade Operations, which is run by the British navy, put out the alert but has declined to comment while the investigation is ongoing. It placed the attack 45 km off the Iranian coast in the Gulf of Oman. This is near the strategic Strait of Hormuz, where one-fifth of global oil consumption passes through.

Earlier on Thursday, Pompeo told reporters that based on the weapons used, the level of expertise needed to execute the operation, and other factors, the US government believes that Iran’s regime was to blame for the attack.

At 6:12 a.m. local time on Thursday, the US Fifth Fleet, which is based in Bahrain, received a distress call from one of the tankers, followed by another distress call from the other ship at 7 am. Sources have identified the tankers as the Marshal Islands-flagged Front Altair and the Panama-flagged Kokuka Courageous, but authorities in Oman have yet to confirm this.

However, an official at the UAE port of Fujairah said that the Front Altair, which had loaded oil from Abu Dhabi, was on fire and the Iranian news agency IRNA reported that it had sunk, something disputed by the managing company’s spokesperson Pat Adamson, who said the vessel was still afloat.

The crews from the Norwegian and Japanese tankers were evacuated with the Japanese crew being rescued by the US and the Norwegian crew being held by Iran. Cmdr.
Joshua Frey, a representative for the Fifth Fleet, said his unit was aware of the attack and that US ships were helping the affected tankers.

Previous articleRegime Clamps Down on Women in Iran
Next articleLIVE REPORTS: Free Iran march in Brussels