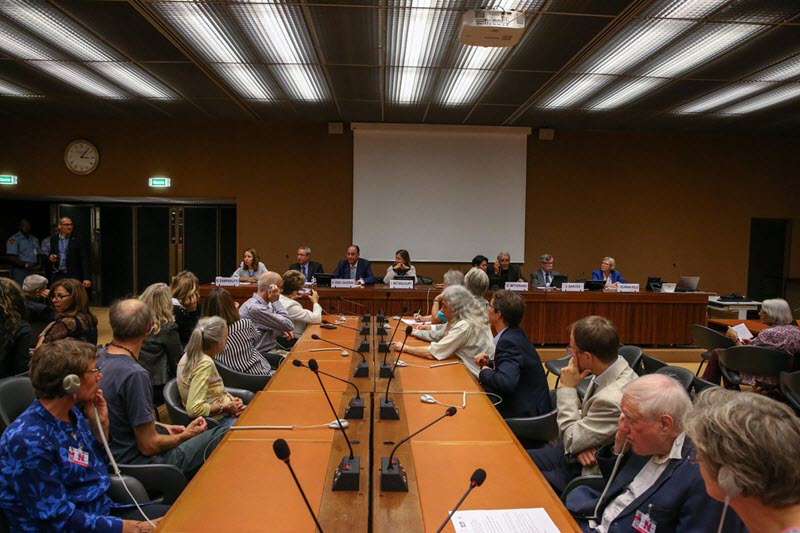 Movement against racism and for the friendship between people – MRAP

The following is the remarks of Dr Alejo Vidal-Quadras

I want to thank the organizers of this Conference for their invitation to participate. It is for me not only a duty but a pleasure to be here.

Now that we are speaking about the 30th anniversary of the 1988 Massacre in Iran, we should remember the late Ms. Asma Jahangir, the UN Special Rapporteur on the Situation of Human Rights in Iran who sadly passed away in February. She was very much concerned to seek justice for the victims and she had issued a report on September 2nd, 2017 for the first time referring to the killing of over 30,000 political prisoners in summer of 1988, mostly members and supporters of the Iranian opposition group PMOI (MEK).

As we know that massacre is probably the worst crime in Iran’s modern history. Until today, no perpetrators have been arrested for this state-sanctioned atrocity. On the contrary, many of them, who have even admitted their role in this crime, have been rewarded and hold senior or ministerial positions in Iran today. Two of them are the previous and the present minister of Justice. Appointing the perpetrator of a crime against humanity as minister of Justice is really a world record of Evil.

Two years ago, we at ISJ published a report after the son of Grand Ayatollah Montazeri released an audio tape that contained the conversation of his father with high-rank officials of the regime in charge of these mass executions. If you listen o read the transcription of this dramatic conversation you realize the frightening dimension of this monstrosity.

That revelation that came along with the campaign that had been launched by the Iranian democratic opposition leader, Mrs. Maryam Rajavi, to seek justice for the victims of the 1988 massacre, became a wake-up call to the international community.

Regarding the current human rights situation in Iran, we could only look at the number of executions in recent times. During the presidency of the so-called moderate Hassan Rouhani, more than 3500 people have been executed in Iran so far. 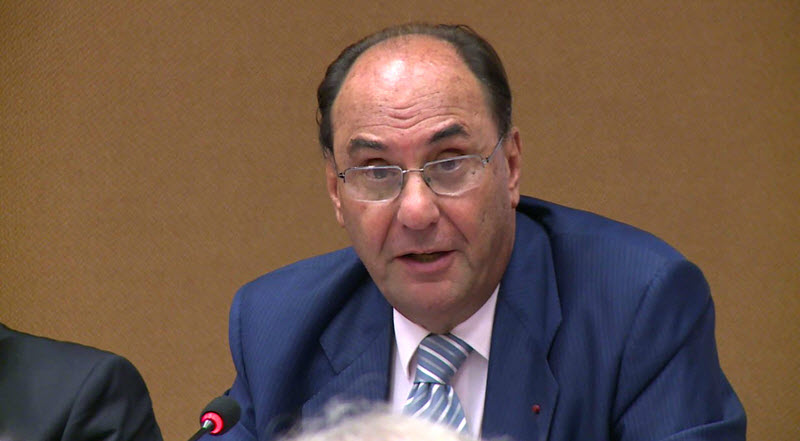 The regime has also responded brutally to the nationwide protests and uprisings which began in late December and have continued in different cities. Thousands have been arrested and more than 50 have been killed in the streets. Others have also died under torture in custody. It is not an exaggeration to define this regime as a killing machine.

We in Europe should side with the people of Iran. The current policy of the EU and Mrs Mogherini, in closing their eyes to human rights violations and repression of women and just focusing on business and trade, is a disgrace.

We must condition our relations to Iran to a halt to executions and a significant progress on human rights. We must remind our European governments that Iran is not a normal country to do business with. There are no free elections in Iran. Iran is indeed a dictatorship but of an especially malignant type. It is a totalitarian theocracy which survives by the repression inside and instigation of war, terrorism and civil conflicts outside its borders.

Human rights must be our guideline and nothing else. As a European, I feel ashamed by what our governments and the EU are doing. We should tell them that contrary to what they think, this is a very unstable and weak regime and has no future. So even for our long-term interests we should not count on the mullahs and have illusions about Rouhani or the so-called moderates, there are no real moderates in this religious dictatorship. The future belongs to democracy and not these backward, brutal and murderous fanatics that oppress cruelly their own people and are the worst threat to peace and stability in the Middle East and in the whole world.

It is essential that the UN Security Council refer this case to the International Criminal Court to arrange for the prosecution of the regime’s leaders and those responsible for the massacre. I look forward to a more active role of the UN to prosecute the Iranian regime’s officials who took part in the mass killings in summer of 1988. We need urgently a commission of enquiry. A crime of such magnitude must not remain unpunished. Thank you.

Previous articleU.S. Sanctions on Iran Regime Start Having Effects
Next articleIran: An Illustration of Economic Destruction by the Regime of Mullahs