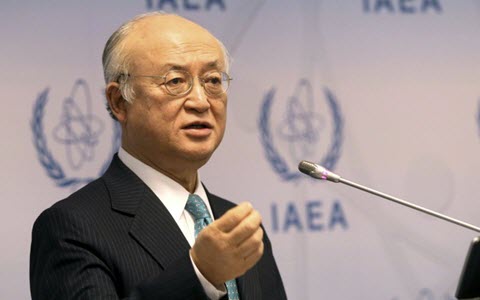 Amano told the news agency that under monitoring conditions accepted by Iran, his agency “has access to (all) locations without making distinctions between military and civilian locations” as it works to ensure that Iran doesn’t have hidden nuclear activities.

Nikki Haley, Washington’s U.N. ambassador, met with Amano last week to underline the U.S. view that military sites are part of any IAEA monitoring. Officials of the Iranian regime from its President, Hassan Rouhani, down have rejected that option, with spokesman Mohammad Bagher Nobakht this week dismissing any push for military inspections as a “dream.”

Haley, in a statement Thursday, said that if “inspections of Iranian military sites are ‘merely a dream,’ then Iranian compliance …. is also a dream.”

The Iranian Resistance has repeatedly emphasized on unconditional and unannounced inspections of all the regime’s nuclear facilities – military as well as civilian – and interviewing its nuclear experts, , as a means to prevent the regime from acquiring nuclear weapons.

In addition, it has urged implementing the UN Security Council resolutions as well as preventing the regime from enriching uranium.

Previous articleExhibition in Brussels in Support of Hunger Striking Political Prisoners in Iran
Next article﻿Maryam Rajavi: Iran Regime Has Failed, to Annihilate PMOI to Guarantee Its Survival