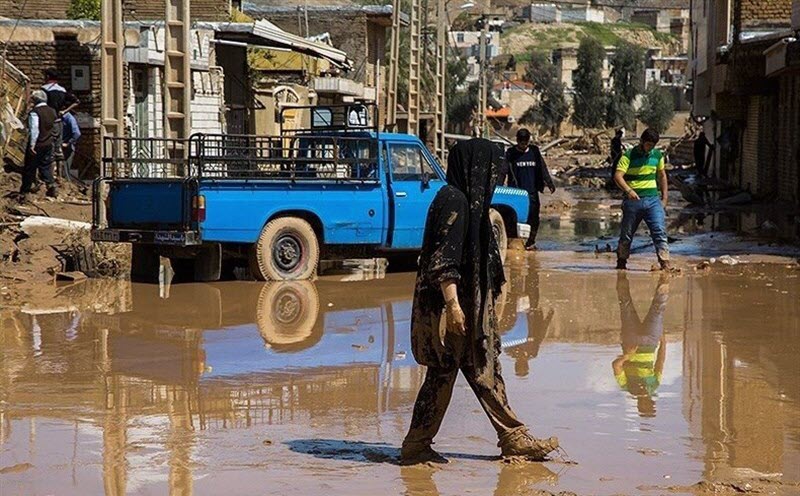 For the past couple of weeks, the people of Iran have been dealing with massive floods that have affected large parts of the country. Heavy rainfall has resulted in flash flooding, aggravated by the Iranian regime’s destructive policies that have been in place for years.

Iran is suffering from one environmental disaster after the other. For a long time, the people of Iran have been suffering from long periods of drought. The regime’s re-direction of waterways and rivers and excessive dam building aggravated the situation.

Now, the regime’s policies have seen defence barriers being destroyed and the over construction has taken away natural irrigation routes.

Once again, as it always does when faced with a crisis, the regime has been passing the blame and downplaying the gravity of the situation.

However, the people of Iran have been instrumental in conveying the reality of the situation, mainly through posts, videos and images that have been circulating on social media.

The United States, which is currently in the midst of a maximum pressure campaign on Iran faced with the regime’s belligerence, has spoken out about the regime and its pathetic response to the flooding crisis. Earlier this week, Secretary of State Mike Pompeo said that the Iranian regime is to blame for the devastation that the people of Iran are enduring. Pompeo also said that the United States is ready to help the people of Iran.

His comments came after the Iran regime’s Foreign Minister, Javad Zarif, said that the United States is to blame because of “economic terrorism”. Pompeo’s response highlighted that the Iranian regime’s mismanagement and lack of capability are once again highly visible.

He said: “These floods once again show the level of Iranian regime mismanagement in urban planning and in emergency preparedness. The regime blames outside entities when, in fact, it is their mismanagement that has led to this disaster.”

The floods are still threatening many towns and cities across the country and images shared on social media show that people are seeking shelter on rooftops. Many cities are significantly submerged under water and villages are cut off from larger towns, leaving the people completely isolated. Electricity is down in a lot of places and clean water supplies are now non-existent for many.

The floods came as the people were celebrating Nowruz, or Persian New Year, and what should have been a hopeful start to the new year has turned into a nightmare. The loss of life, property and livelihoods is devastating and the people are angry because they are fully aware that the regime’s destructive policies have worsened the situation.

There is no doubt that the people of Iran will continue calling out for regime change so that they can finally have a brighter future. The people of Iran deserve a future where their leadership will protect them and assist them in such circumstances. Instead, they are reeling from a major disaster and the regime’s response is to send security forces to the street to make sure they don’t rise up in anger.