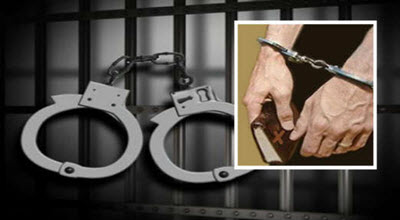 NCRI – Friday 23 August 2016 five converted Christians who had gone for sightseeing and fishing with their families were detained by the agents of Intelligence Ministry. The whereabouts and condition of them is unknown.

According to news sources from inside Iran, Ramil Bet Tamraz, Amin Naderafshar, Hadi Askari, M Dehnavi and Amirsina Dashti with their wifes and children went to the city of Boroujerd in the province of Tehran for fishing and picnics. Around half past one in the afternoon, they were attacked by security forces, men and women were separated and then Amin Nadrafshar who asked them to show the arrest warrant was severely beaten.

A source close to the families stated: “The security forces detained and transferred men to an undisclosed location, and families are unaware of their condition.”

Ramil Bet Tamraz, is the son of Victor Bet Tamraz the Assyrian priest who was arrested at his home on Christmas celebrations on 5 January 2014.

Rev. Victor was verbally accused of “illegal missionary activities, running a Christian house church, and publishing and distributing the Bible”. He was released on bail on 10 March 2014. And is waiting a summons from the court to defend the charges related to his Christian activities.

It is feared that the intelligence agents coerce them to false confessions as is common in Iran prisons.

“Beset by a whole host of economic, social, and political crises, the Iranian regime has been trying to rein in simmering social discontent by...
Read more
Search