US Diplomat: Assad Is “Wholly-Owned Subsidiary” of Iran Regime 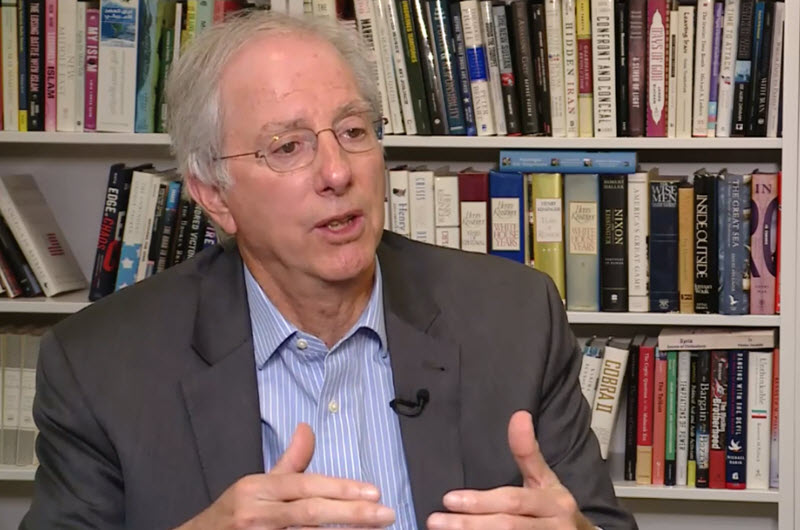 A top US diplomat has said that as long as Iran and its militias, including Hezbollah, remain embedded in Syria, he sees no chance for a peace agreement and, even worse, he sees little prospect of Iran ever leaving Syria. In fact, he sees Syrian dictator Bashar al-Assad as an Iranian puppet.

Ambassador Dennis Ross, known for his work on the Israeli-Palestinian Peace Process, said: “I think that Bashar al-Assad is a wholly-owned subsidiary of the Iranians, more of the Iranians than the Russians because the Iranians are embedding themselves.”

He continued: “[The Iranians] are embedding themselves physically on the ground at different places. They are changing certain parts of the country demographically…Given everything that Iran invested in Syria, I see very little likelihood that anybody gets Iran out of Syria.”

The Iranian Regime began involving themselves in the Syrian civil war from the outset for two reasons:

1) They wanted to expand their control over the Middle East.

This meant helping Assad to survive and demanding that he give them control of the country at the end of the war. Essentially, Iranian Supreme Leader Ai Khamenei would rule Syria by proxy, as he already does in Iraq and Lebanon, and as he hopes to do in Yemen. This is all part of Iran’s plan to build a Shiite Crescent across the Middle East, stretching from the Persian Gulf to the Mediterranean.

2) They wanted to send a message to their people.

He explained that the idea of peace with Syria, while Iran is entrenched there is merely an illusion.

He says that given this fact, few would argue that Iran shouldn’t control of the Golan Heights – a disputed area of land claimed by both Israel and Syria. However, he cautions that if the US decided to recognise Golan as part of Israel, it would cause tensions with Arab leaders, in much the same way that Donald Trump’s decision to recognise Jerusalem as the capital of Israel in 2018.

Ross said: “I think recognizing Golan as being sovereign Israeli territory makes it more difficult for Arab leaders to be responsive to the administration.”

This would be a major problem because the US must work with Arab leaders to tackle Iran.

Previous articleWhy Are the Iran Regime-Backed Militias in Iran?
Next articleIranian Airline Sanctions and Implications