US Navy’s Three Exercises Near Iran 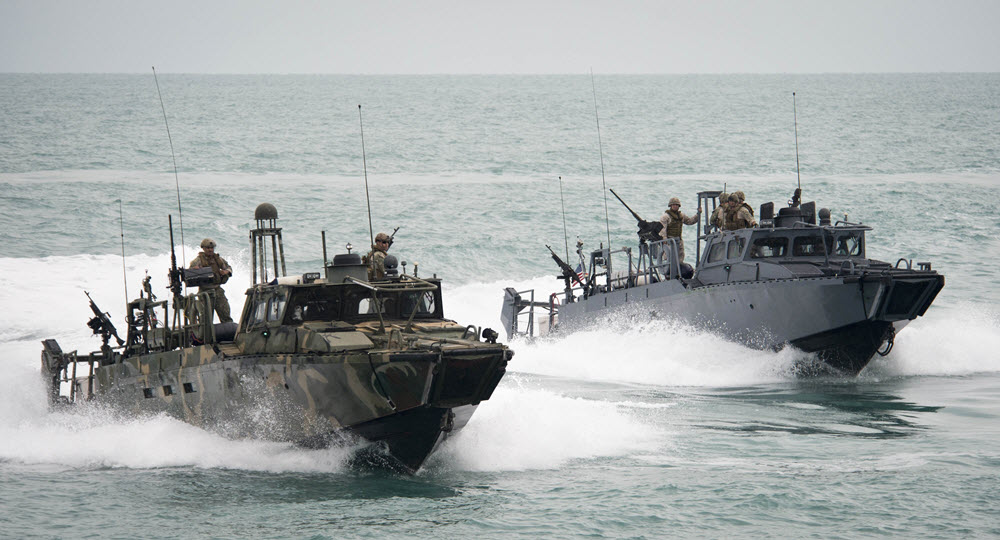 The US Navy’s 5th Fleet is taking part three exercises in the Middle East that are focused on key chokepoints in the regions waters, amid increased tensions with Iran.

Lt. Christina Gibson, the representative for US Navy Central Command, said that it was unusual to have that number of naval exercises in that area at the same time, but that it “isn’t in response to any one threat or any potential threat.”

She said: “It is to demonstrate that we are operating and capable to respond to threats, should they arise.”

The fortnight-long Theater Amphibious Combat Rehearsal began on Saturday and focuses on the Bab el Mandeb Strait; one of the most dangerous narrow waterways in the world.

Notably, in 2016, Iranian-backed Houthi rebels fired rockets on two U.S. Navy warships just north of the strait from their base in Yemen, though thankfully the attack failed. This area has been under threat by the Iran-backed Houthis ever since, with regular attacks on oil tankers and other commercial vessels.

On Sunday, Vice Adm. Scott Stearney, 5th Fleet commander, said: “The US and our partners stand ready to ensure the freedom of navigation and the free flow of commerce wherever international law allows.”
The Iranian Regime is well known for a military strategy that involves blocking off access to shipping channels and the US wants to ensure the safety of vessels. This is especially important in light of the Regime’s threat to close the Strait of Hormuz, where a third of the world’s oil and natural gas is transported through, after the US pulled out of the Iranian nuclear deal and announced sanctions against the Gulf nation.

Iranian President Hassan Rouhani threatened on June 22: “We are the … guarantor of the security of the waterway of the region throughout history. Don’t play with the lion’s tail; you will regret it.”

Donald Trump responded in an all-caps tweet, telling Iran not to threaten the US again or it would suffer consequences “the likes of which few throughout history have ever seen before.”

Meanwhile, over 1,000 miles northwest of that rehearsal, the two-week-long Bright Star 18 exercise, focusing on conventional and unconventional warfare in the Suez Canal, also began on Saturday. In this exercise, the US was joined by Egypt.

While a joint UK-US operation, named Mine Countermeasures Exercise 18-3, is also underway, in the Persian Gulf.

Previous articleIran Regime VP: U.S. Sanctions Against us Are “Highly Effective”
Next articleIran: Sistan and Baluchestan Province: Blood and Pain