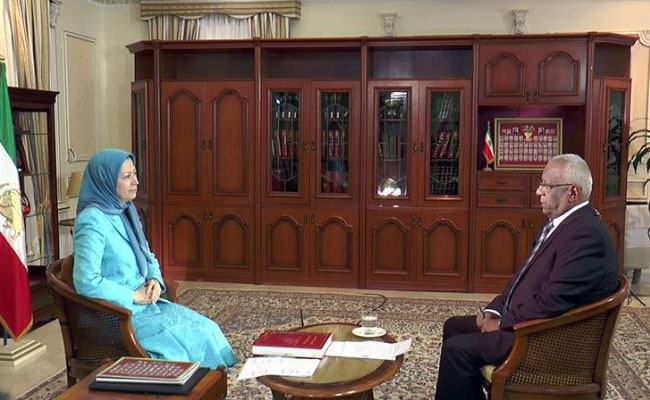 NCRI – In an interview with al-Arabiya TV, Mrs Maryam Rajavi, the President-elect of the National Council of Resistance of Iran said: “The Syrian people and the Iraqi people are suffering from the dictatorship of the clerical regime in Iran more than anything else.”

Mrs Rajavi supported formation of an inclusive government in Iraq and called for an end to the siege imposed on the residents of Camp Liberty by Nouri al-Maliki at the behest of the Iranian regime.

Rajavi said during Maliki’s premiership in Iraq that has been 26 attacks on the residents in Camp Ashraf and Camp Liberty as a result of which 116 members of the People’s Mojahedin Organization of Iran (PMOI/MEK) were killed and more than 1,300 injured. Seven others were taken hostage. As a result of medical siege 24 died.