Week-long campaign in France to protest executions in Iran 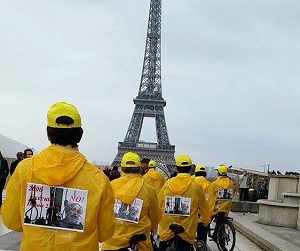 On the eve of Rouhani’s trip to France

On the eve of the visit to Paris by the Iranian regime’s President Hassan Rouhani, a week-long campaign commenced on Tuesday, November 10 in protest to executions in Iran and the missile attack members of the Iranian opposition PMOI (MEK) in Camp Liberty, Iraq.

A large rally and march by Iranians, their international supporters and French citizens has been planned for November 16.

Other actions in this week-long campaign include: