Western Powers Should Not Fall for Iran Regime’s Duplicity 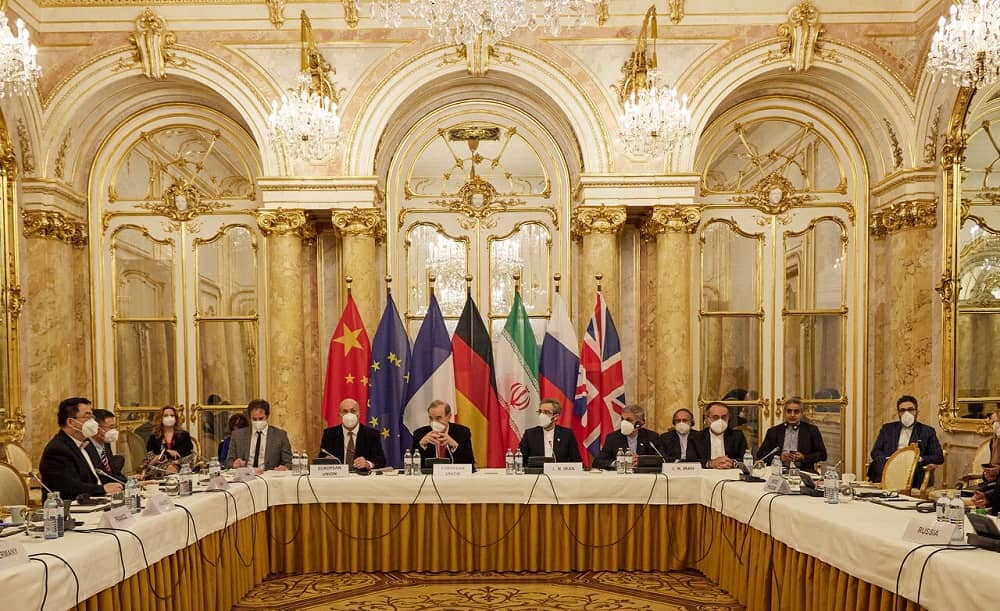 On Tuesday, the United Nations Security Council held a meeting to reaffirm the implementation of Resolution 2231, which governs the 2015 Iran nuclear deal, or Joint Comprehensive Plan of Action.

Fearing that it might face consequences for its nuclear extortion, the Iranian regime agreed on Thursday to IAEA inspectors replacing cameras at a contested nuclear facility in Karaj. Tehran resumed the production of advanced centrifuge parts at the facility in late August, with no international monitoring, as a part of its nuclear extortion that it started shortly after the U.S. pulled out of the JCPOA.

Instead of keeping pressure on the regime, the US is working with the other signatories to reestablish the JCPOA and once again trade sanctions relief for defined restrictions on Iran’s nuclear program. Those “restrictions” proved to be insufficient since the regime rapidly advanced its nuclear program. Western government’s insistence on reviving the Iran nuclear deal has emboldened the regime to increase its demands.

This persistent complication is only one of the obstacles that Tehran has placed in the way of the JCPOA’s restoration. Tuesday’s meeting prompted representatives of the United Kingdom, France, and Germany to make a series of statements that once again called attention to Iran’s apparent refusal to negotiate in good faith.

The three nations, collectively known as the E3, issued a joint statement just ahead of Tuesday’s meeting in which they noted that “Iran has walked back hard-fought compromises reached after many weeks of challenging negotiations, while at the same time presenting additional maximalist demands.”

They were referring to the fact that the latest round of the Vienna talks was the seventh in a series, but the first to take place since Ebrahim Raisi became the regime’s president and sparked a five-month delay in the negotiating process. When that process resumed at the end of November, it immediately became clear that Iran had only intensified its earlier demands for sanctions relief, without offering anything new in return.

Quite to the contrary, regime officials explicitly stated that they now expect all sanctions to be removed before Tehran commits to any measures of its own, and that the sanctions in question must even include those that were imposed for reasons other than Iran’s illicit nuclear activities. Iran’s lead negotiator in Vienna, Ali Bagheri Kani, later followed up on these statements by asserting that Iran could revise its demands related to topics that had supposedly been resolved during the six previous sessions in the Austrian capital.

European officials decried Bagheri Kani’s positions as “inconsistent” with existing agreements, while US Secretary of State Antony Blinken said that Iran was “losing precious time by advancing totally new positions.” The underlying efforts to expand the agreement in Iran’s favor are not only inconsistent with the prior Vienna talks but also inconsistent with Iran’s own preexisting statements which rejected the prospect of altering the JCPOA as part of the resolution process.

“Let me be clear: Iran’s actions will not provide Iran with any leverage in negotiations and [will] only intensify our concerns,” Ambassador Thomas-Greenfield told the Security Council. Her German counterpart at the Security Council meeting, Ambassador Antje Leendertse, highlighted a similar growth in concern by reiterating the key points in the E3’s joint statement and then calling attention to parallel issues such as the proliferation of Iranian ballistic missiles, some of which may be capable of carrying nuclear warheads. “Clearly,” Leendertse said, “such activities are not conducive to fostering stability and security in the region.”

Although the JCPOA signatories all remain publicly committed to salvaging the agreement, Tuesday’s statements appear to reflect a situation in which all parties are planning for its possible collapse.

What is important to know is that Iran nuclear deal is already dead and has never been able to curb Tehran’s nuclear program. The world community should indeed increase pressure on the Iranian regime and do not give in to its extortion, as the mullahs’ in Tehran only understand the language of firmness.