Where Will Iran Regime’s Terror Plots Strike Next? 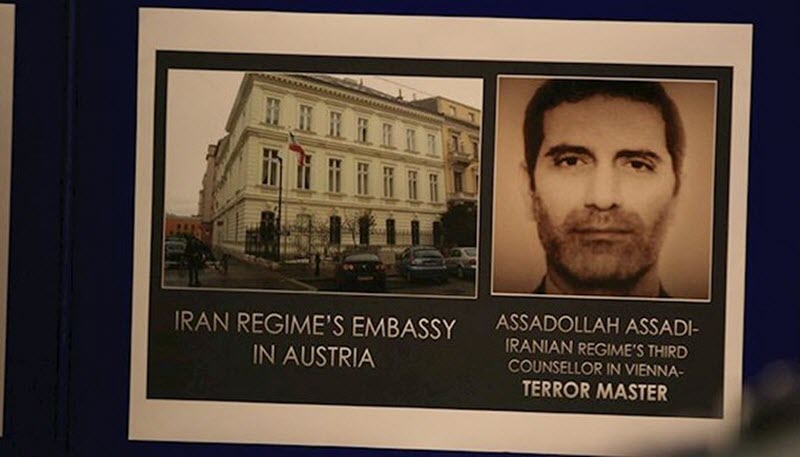 Back in July, police in Bavaria surrounded the rental van of an Iranian diplomat to Austria Assadollah Assadi, after he’d pulled over at a gas station. They even called in the bomb squad because they were worried that he was transporting explosives.

The reason is that Assadi had been under surveillance for quite some time as European authorities suspected that he was involved in a plot to bomb an Iranian dissident rally in Paris in late June, which had thankfully been foiled.

Assadi was arrested and eventually extradited to Belgium to face trial on terrorism charges, along with the couple – Nasimeh Naami and Amir Saadouni – he had hired to carry out the attack.

France has responded by freezing the assets of two suspected intelligence operatives and banning its diplomats from travelling to Iran.

One German official said: “There are clear indications for calling this a case of state terrorism [but leaders] would rather play the danger and level of interference down [in order to hold together the nuclear deal].”

Norman Roule, the former US national intelligence manager for Iran, said that Europe and the US risks emboldening Iran is it does not send a tough message. After all, the Regime has already launched cyber attacks, supported terrorist groups, and plotted assassinations on foreign soil without reproach.

He said: “My fear is that Iran may well believe they have yet to reach our red line, and this is a recipe for further attacks.”

Now many countries fear that they may well be next on the Iranian Regime’s hit list. After all, Europe is a party to the 2015 nuclear deal, which lifts sanctions on Iran. If the Regime would target them, who wouldn’t they target?

The belief amongst officials and analysts, who spoke on the condition of anonymity, is that Iran is making plans to strike at their enemies in Europe, America, and the Middle East; even having already assigned units to conduct surveillance of opposition figures, as well as Jewish and Israeli organisations, in the United States and Europe. Something evidenced by recent arrests of Iranians for spying in the US.

One Middle Eastern intelligence official, said that there has been a “definite uptick” in Iranian activity recently, indicating that they are “preparing themselves for the possibility of conflict”.

Other officials report that the Iranian Regime has been trying to hide their involvement by recruiting Pakistan, Iraq, Lebanon, Turkey, North Africa and Afghanistan to spy on their behalf.

What is clear is that these terror plots are directed by those at the very top of the Regime and will not end until the Regime falls.

Previous articleUnited States Supports Striking Teachers in Iran
Next articleIran: Protest Rally of Retirees against poverty and the dire situation of livelihood and high costs