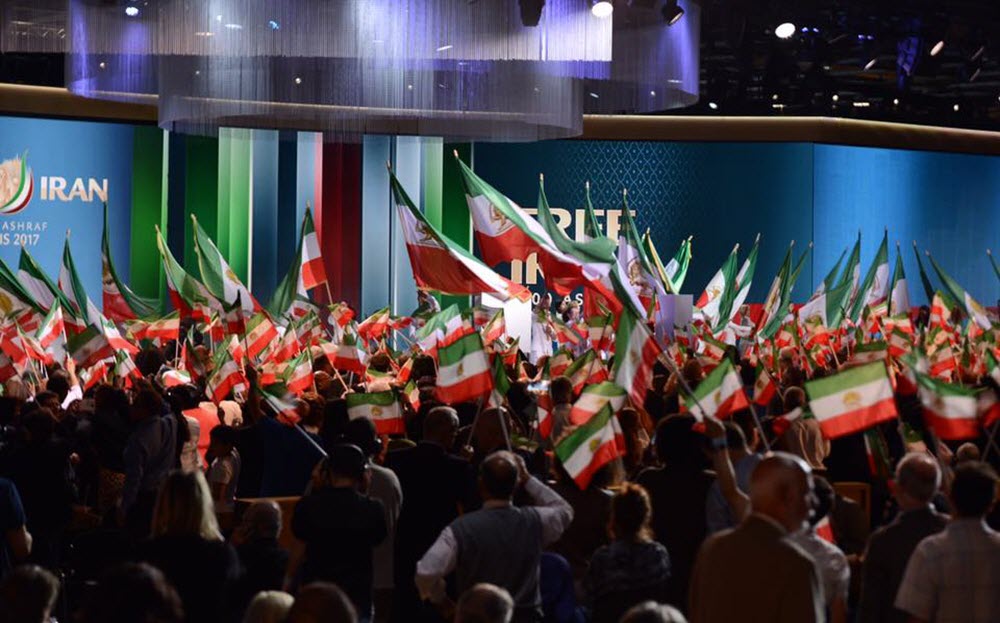 Following the January’s protests in Iran and the subsequent regional and international developments, it was not unexpected to see the regime leader Ali Khamenei order his hirelings to set up phony alternatives so as to distract public opinion and disregard the National Council of Resistance of Iran (NCRI) as a real democratic alternative, thus he can remain in power for a little while longer.

But which opposition groups can really deny such an obvious fact?

It’s recorded in Iran’s history that the first opposition group that stood against the mullahs’ regime, refused to vote for its constitution and targeted their vilayat-e-faqih principle was the same one that had previously fought against Pahlavi Dynasty’s totalitarian regime and paid the price with torture, imprisonment and execution, with the result being overthrow of Mohammadreza Shah’s regime in 1979.

Named ‘People’s Mujahedin of Iran’ (PMOI/MEK), the group was founded in 1964 by Mohammad Hanifnejad and his pals. Later in 1982, it became the cornerstone of the National Council of Resistance of Iran, a revolutionary front with the establishment of which a democratic alternative was raised against the mullahs’ regime.

Now after 37 years since being founded by Mr. Massoud Rajavi, the council, as the oldest political coalition in Iran’s history, has turned into the most distinguished and, as some say, the only serious opposition group that seeks overthrowing the mullahs’ regime, as over the past four decades the group has uninterruptedly and steadfastly stuck to its political line and strategy, while never walking away from its demand for overthrowing of the mullah’s regime.

Now that Iranian people’s nationwide uprising has changed the situation –causing the international community to side with people and Resistance of Iran and recognize for the first time their demand for overthrowing the mullahs’ regime– it’s quite natural for agents of both Shah and mullahs’ dictatorships to hysterically react against this democratic alternative, since the remnants of Shah’s dictatorship know quite well that they’re nothing more than a burn card, while the affiliates of the mullahs’ regime clearly see that their collapse at the hands of people and Resistance of Iran is imminent.

But there are still some whose interests are best secured by keeping the current dictatorship, yet they dare not acknowledging it, so they’ve either remained silent or even joined the first two groups.

The fact, however, is that the rightfulness of NCRI’s four decades of relentless battle has left no room for reactionary and colonial plots to form fake alternatives to succeed, because a real alternative is based on solid foundations and requirements that could undoubtedly be seen in the NCRI alone.

Such prerequisites include: having a devoted force that has a proven record and is ready to fight, being raised by people and belonging to people, relying on no one, financially in particular, but its own people, being organized while having a democratic structure, having a coherent leadership and being distinguished both domestically and on an international level, having an introduced administrative system to be in place at the first stage after overthrowing the mullahs’ regime, and finally having an announced platform containing democratic and advanced solutions for society’s all major problems in tomorrow’s free Iran.

That’s why the council and its members have stood strong in the midst of all types of developments affecting Iran, as the price they’ve already paid for their people’s freedom and victory doesn’t allow them to be ignored by others, or the hostile plots against people and Resistance of Iran to succeed.

Such an opposition is going to hold its annual grand gathering on June 30 in Paris, to show the world who a democratic alternative really is. This year’s Iranian Grand Gathering in Paris is going to strike out all the fake opposition forces, greedy pretenders, and opportunists who only claim to seek overthrowing the vilayat-e-faqih regime.

Previous articleIRAN: The Fifth Day of Strike of Bazaar Merchants of Tehran
Next articleThe Place of Art and Iranian Artist in Today’s Iran