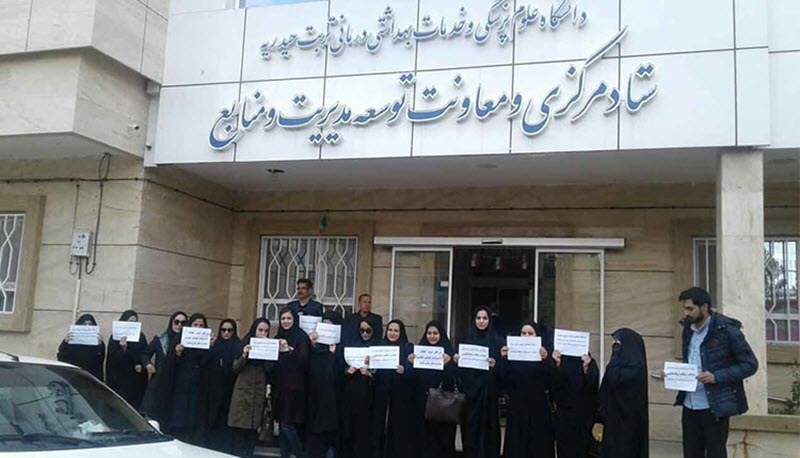 Iranian women participated widely in protests across the country on Monday, Tuesday and Wednesday, according to news reports. This is not surprising because women have long been the driving force for political change in Iran, as seen during the Revolution to depose the Shah, which was stolen by the mullahs, and the uprising that began in December 2017. In fact, the Iranian Resistance is even led by a woman, Maryam Rajavi, and women enjoy many positions of power within the Resistance, compared with few and far opportunities in the Regime.

Let’s look at just some of the protests, catalogued by the Women’s Committee of the National Council of Resistance of Iran.

Customers of the car companies Changan and SAIPA held a protest outside the Ministry of Industries, Mines and Trade in Tehran on Wednesday. They were protesting against the increase in the cost of cars they’d already purchased, which meant that the companies were holding the cars hostage until additional payments are made.

Also on Wednesday, employees of the Communications Department of East Azerbaijan Province who were hired by a contractor held a protest in Tabriz.

While on Tuesday, employees and medical staff at the Hospital of Karaj continued their protest over wage arrears for the third consecutive day. These protests have been occurring on a regular basis for months, while payments of the salaries have still not been made.

While Health Technology graduates at the Medical Sciences University of Torbat-e Heydarieh protested against the Regime’s failure to employ them, despite the clear need for additional medical staff in Iran.

Students of dentistry at the Medical Sciences University of Hormozgan held a gathering in Bandar Abbas on Tuesday to protest the lack of medical facilities in Shariati Hospital.

Also on Tuesday, the investors of the IRGC-backed Caspian Institute held protests outside the Prosecutor’s Office in Tehran, which also featured a march to the Penal Court, and outside the company’s branch in Kermanshah.

While female students in Tehran University’s Fatemeh Dormitory protested the poor quality of food in the dormitory’s cafeteria by lining up their food trays in the courtyard on Tuesday night.

On Monday, environmentalists held a demonstration on the dry river bed of Zayanderood to protest the Regime’s blocking of water flow and its diversion to other provinces or Regime-owned factories. The protesters demanded the permanent flow of water in this river.