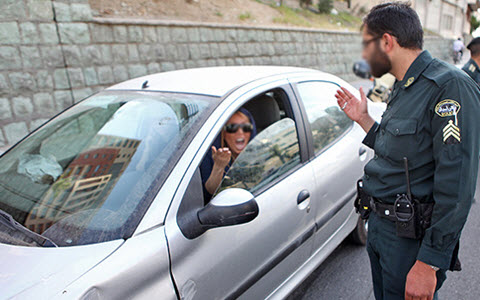 “If we review the charts on the situation of hijab across the country, there are 10 provinces that have crossed the red line in this regard,” he said to the semi-official Tasnim news agency on Wednesday.

He accused those he described as the “enemy” of “investing immensely” to bring an end to hijab in Iran.

The Iranian security apparatus are known to allocate massive budgets to impose mandatory hijab regulations in schools, launching the Guidance Patrol, and arresting women and young girls for preposterous reasons.

“The current status of hijab does not fit our Islamic society and reviewing the hijab conditions of the past 15 years we have reached the conclusion that the situation has only gotten worse,” he said.

Iranian Supreme Leader Ali Khamenei has called on Iran’s security commanders to not pay attention to those who may oppose hijab, and focus on continuing with their duties.