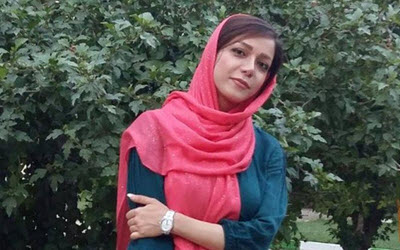 NCRI – The Kurdish news websites reported that a young engineer girl from Kermanshah committed suicide as she got sexually abused in the detention of the Ministry of Intelligence.

According to the reports, Mahdis Mir Ghavami ended her life immediately after coming out of the detention of Kermanshah Intelligence Bureau. The news leaked out on Wednesday, February 22nd reporting that Mahdis Mir Ghavami was summoned to the Intelligence Bureau on Tuesday, January 24th and got jailed for two days. She then committed suicide as soon as she got released. This young engineer had attempted suicide by taking Aluminium phosphide poisoning tablet.

Mirovayeti Website also reported that a girl named Hananeh Shalir Farhadi had been earlier detained for 4 months in the Intelligence Bureau. She also ended her life as soon as she got released from jail. She was an educated girl from Kermanshah holding BA certificate.