HomeEnding the Dictatorship of Mullahs Is up to the People of Iran...
Array

Ending the Dictatorship of Mullahs Is up to the People of Iran Now! 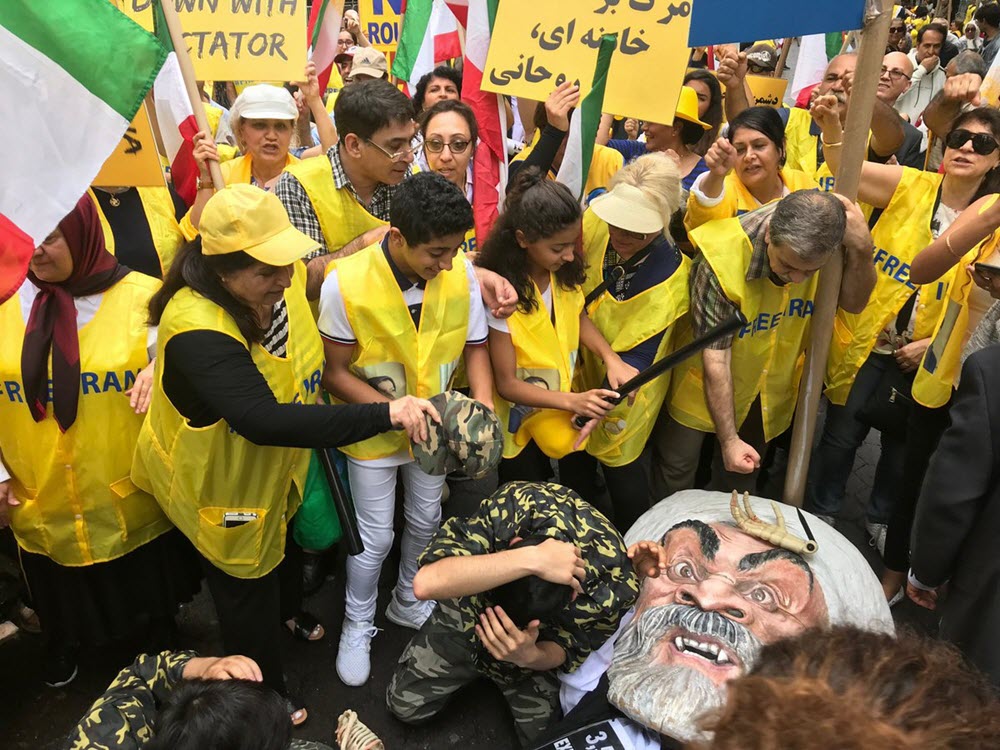 With more than 9 months since the initial protests in Iran, one can see that on one hand, the protests are growing bigger and stronger by the day, indicating the closeness to the ultimate goal, which is the regime’s subversion; and on the other hand, the second round of sanctions are also just around the corner, meaning that Iran’s oil exports will soon drop to nearly none.

These two outlooks serve as a reminder, of the sensitive and determinative nature of Iran’s current situation.

With the regime’s growing weakness in the ongoing protests, a wonderful event seems to be on its way…which is an upcoming freedom for all Iranians, from the most terrible dictatorships of the century!

The important question is, who will help people reach this freedom?

Many would probably expect the United States to be the one saving Iranians from the regime, but that’s not true. US authorities have never officially declared their attempts towards subversion of regime, even though they haven’t ruled out the idea either.

Freeing Iranians from the regime is a sensitive history-making job, that can be done by the one and only democratic alternative, i.e., National Council of Resistance of Iran(NCRI).

NCRI, which is led by Maryam Rajavi has gone through so much in its fight for people’s freedom, for 4 whole decades. In the most recent conference regarding the Iranian residents of US (titled “Iran’s rise for freedom – a democratic alternative”) which took place in New York on Saturday 22nd September, Rajavi shared her message in a video, with some of the most well-known political figures of US, including Rudy Giuliani (Mayor), General James Jones (former National Security Advisor), Michael Mukasey (former Federal Judge), and dozens of other senators and congressmen; in this video, Rajavi described Iran’s current crisis, whilst emphasising on the importance of her organisation (i.e., NCRI) in putting an end to the regime and in bringing freedom to Iranians as well as peace to the world. She also asked the US as well as other western countries, to exile all regime officials, to close down the embassies of the regime (which she referred to as the source of terrorists and spies), and to also allow NCRI to represent Iran at the United Nations.

In this conference, the mentioned American authorities also declared their full support for people of Iran as well as for Rajavi’s force (i.e., the NCRI).

Having just entered the 10th month of Iran’s protests, NCRI remains as the only solid opponent and is expected to be the only alternative remaining at the end too.